I have had my new Sky Watcher EQ6-R Pro mount set up in the office since it arrived Monday. Testing connectivity and learning the operations with Ekos and the INDI EQMod driver. Friday night was suppose to be nice and clear so I set up in the driveway. As the sun set the sky cleared out nice. It was dry, with the temperature in the mid-40s. A nice night to tinker with the new mount. 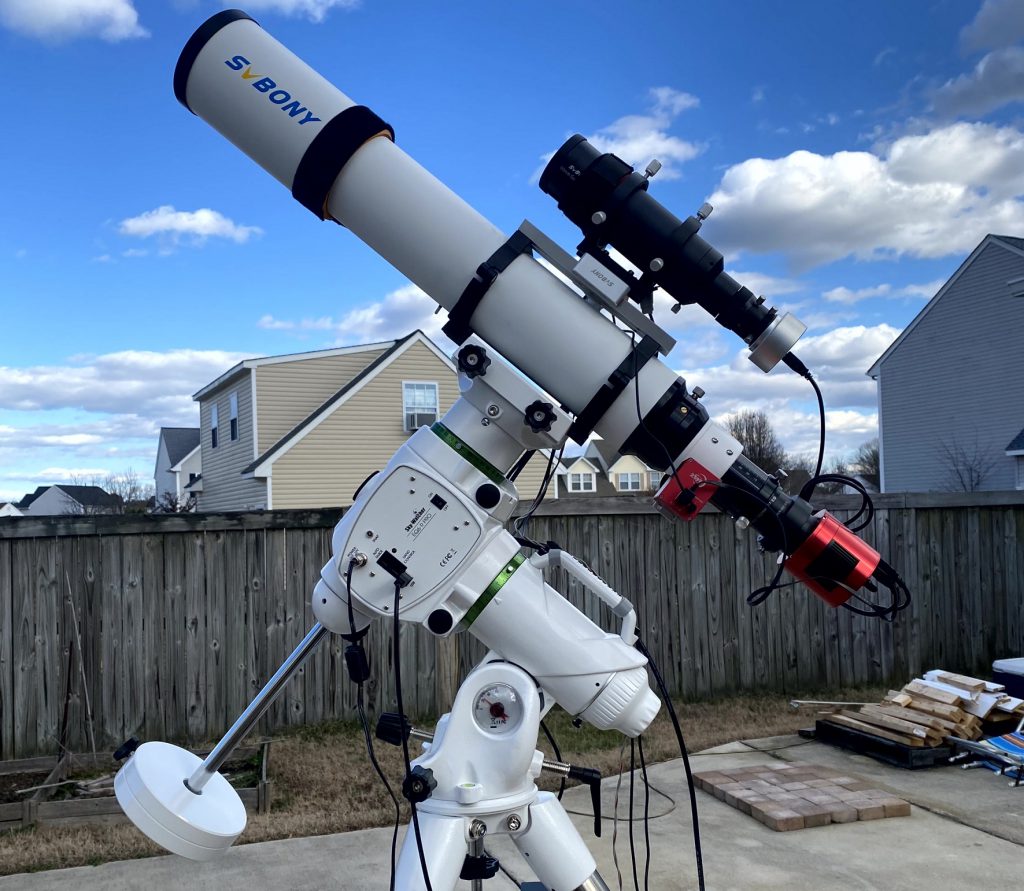 Once I was able to see Polaris I did a visual polar alignment. The EQ6-R Pro has an illuminated polar scope. The LED which lights the reticle in the polar scope is bright. Very bright, so bright you can’t see anything else. In the INDI EQMod driver there is a setting to set the LED brightness, by default this is set to 255. I had to set LED brightness to 5 for the polar scope to be usable.

After getting things pretty close with the visual polar alignment I ran the Ekos Polar Alignment routine. I ran the routine first slewing to the West, then returning the mount to the home position, and then running the routine slewing to the East. I was able to get polar aligned with less than 15 seconds of error in both alt and az. I usually run it slewing West again, but I was ready to get to observing.

I decided to visit a few targets which I had observed recently (NGC 2403, IC 434, and IC 2118) just so I could compare the longer guided exposures on the EQ6 with those taken with the gear on the CG5. Guiding calibrated with out issue and through out the night the RMS, the average deviation from nominal, was much lower (typically < 1) than what I have been able to obtain with the CG5 (rarely under 1, mostly between 1 and 2).

I ran the Ekos Autofocus routine twice. My focus was close and it did not adjust it more than a few steps. The focus was set at 10428 on the ZWO EAF.

The EAA images in this post were capture with my ZWO ASI294MC Pro cooled to -10 C through my SVBONY SV503 102ED Scope with 0.8 Focal Reducer and a SVBONY IR/UV Cut filter. The SV503 is focused using a ZWO EAF and the Ekos Focus Module. Guiding with the Orion Starshooter Autoguider (OSSAG) through a SVBONY SV106 60mm guide scope using the Ekos Internal Guiding. All gear is mounted on a Sky Watcher EQ6-R Pro. The mount and cameras are remotely controlled with KStars/Ekos with INDI Server running on a Raspberry Pi. The images were live stacked using SharpCap Pro. Images have been resized (80% of original) and/or cropped for file size but otherwise appear just as I observed them. 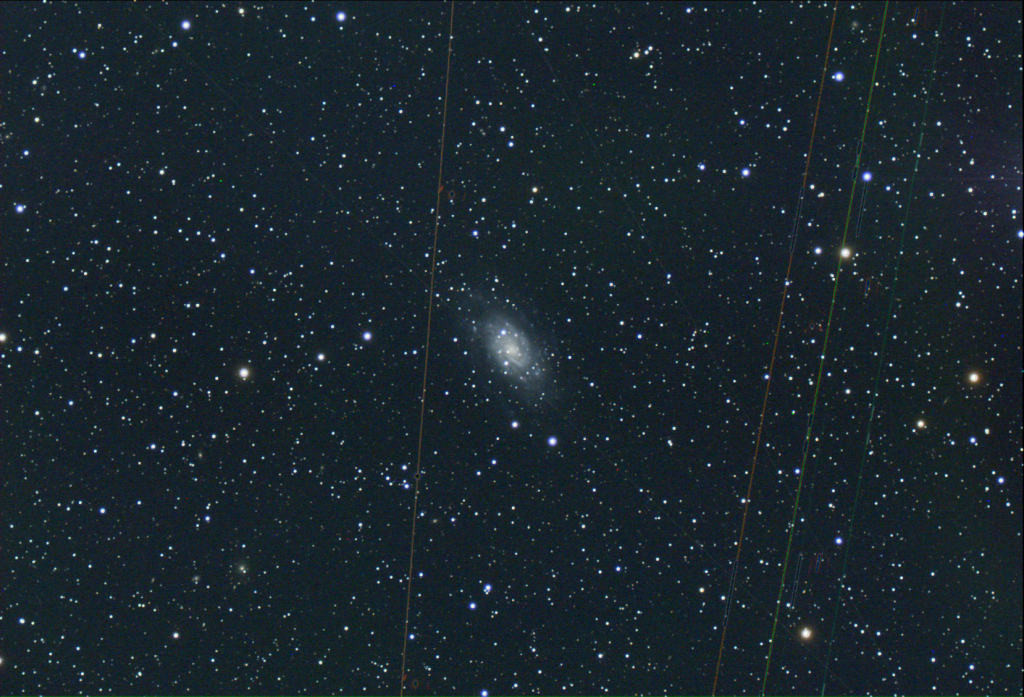 Nice detail in the spiral arms of this galaxy. A couple of satellites and some nice bright airplanes made a passes through the capture. Guiding RMS was between 0.5 and 0.7, very nice. 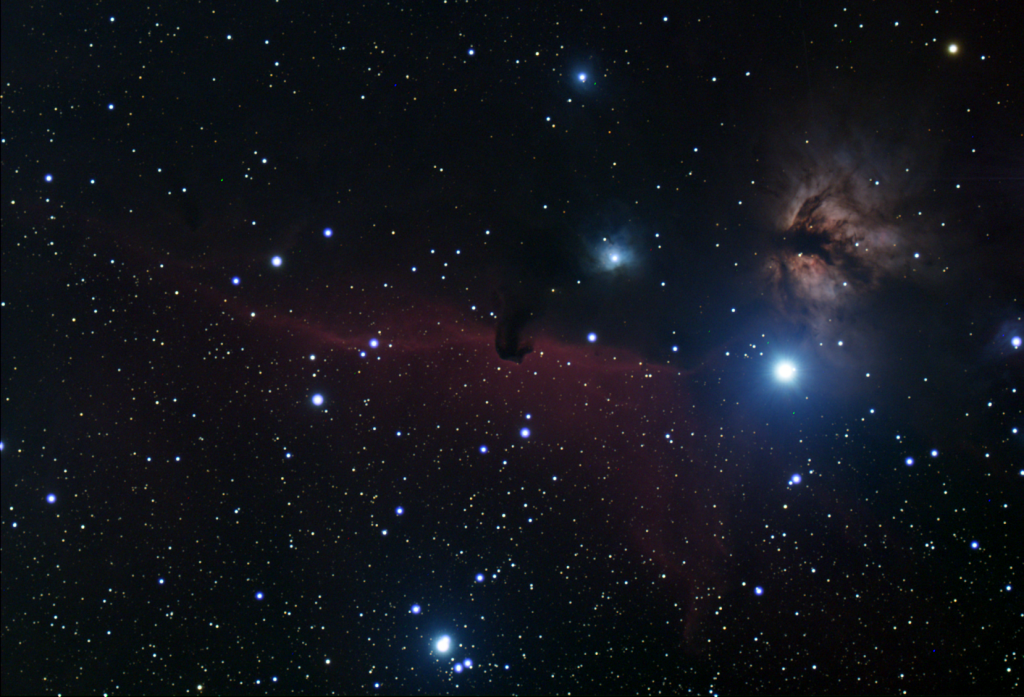 I decided to just go right to 300 second exposures on this one. After just a couple frames I could tell the longer exposures were really going to bring out some of the detail. If you look close you can see the wave like filament in the red nebula behind the horsehead. There is also some nice dark details down the neck of the horsehead. 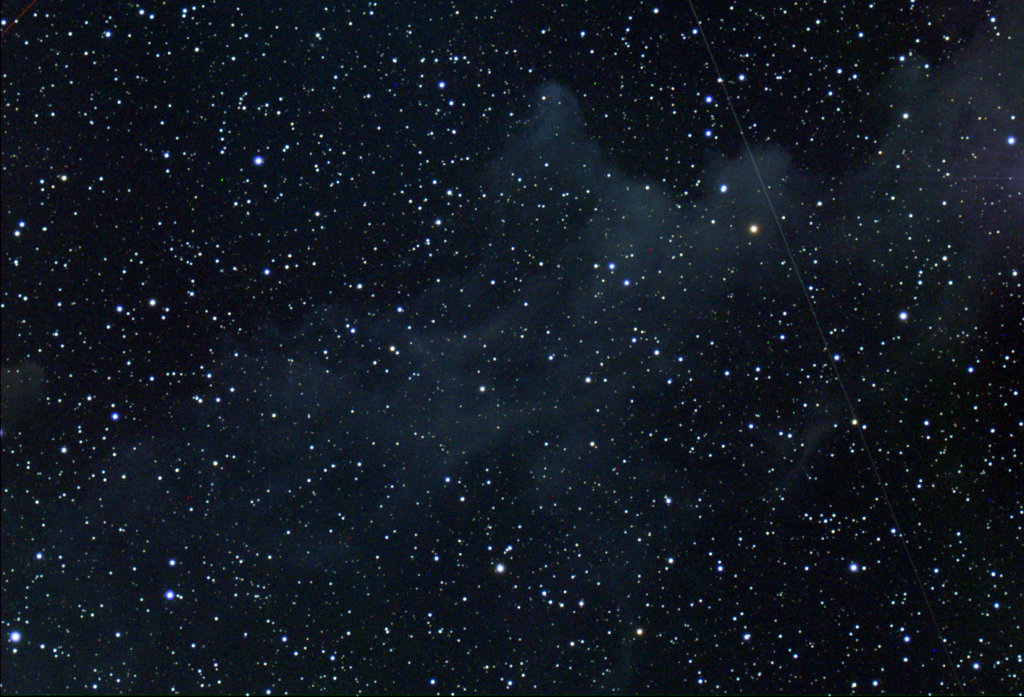 I have tried this one several times during recent EAA sessions. As with the Horsehead the longer exposures exposed a more detail than I have observed before. Enjoyed seeing the details build as each 5 minute exposure stacked. 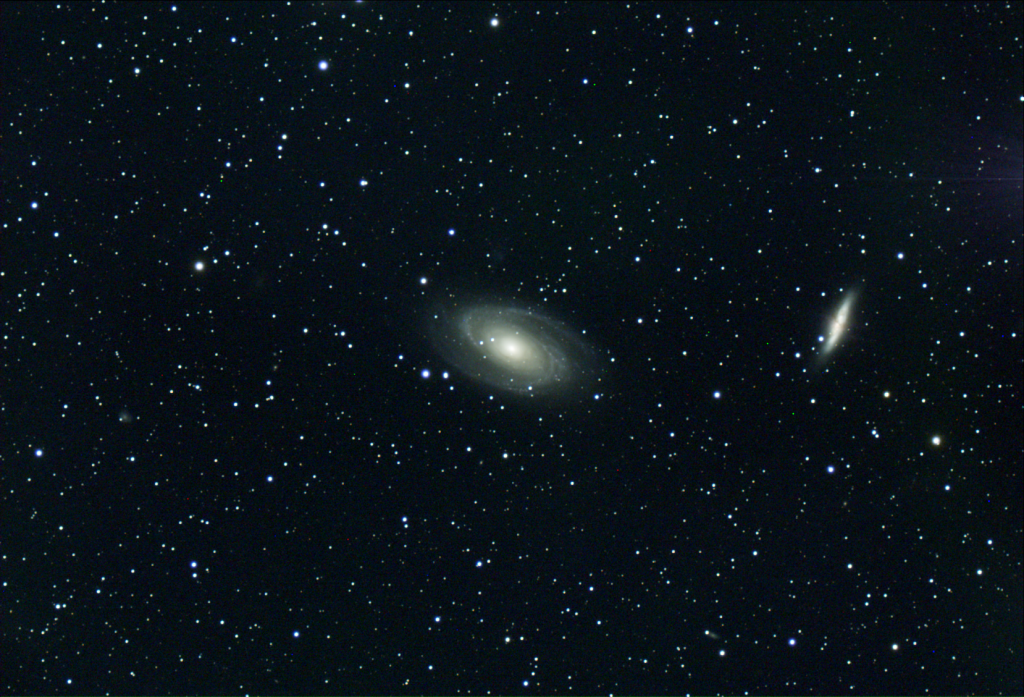 M81 looks nice with some nice detail of dust lanes in the spiral arms. M82 looks pretty good as well showing off some detail of dark lanes across the center of the galaxy. The most interest thing (IMHO) is the faint blue smudge just above M81, which is Holmberg IX. I have tried to capture this one in the past but have been unsuccessful in resolving it. The longer guided exposures have brought out this very faint (> 16 mag) dwarf galaxy. 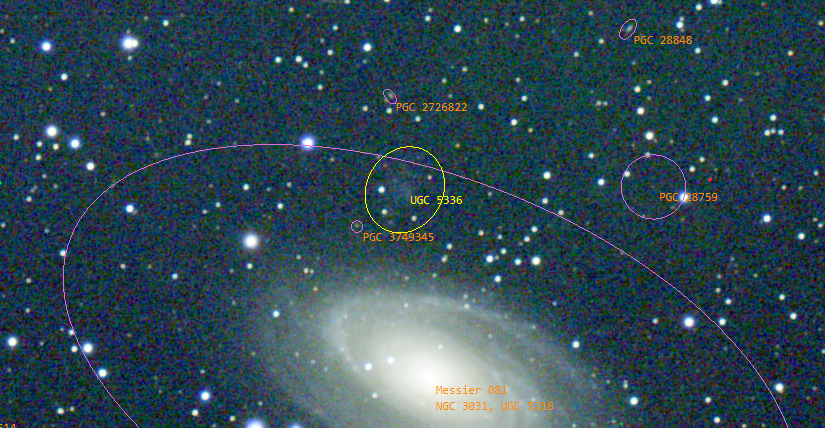 With the adjustments to the histogram there is a lot of noise showing up in the image, but it does bring out UGC 5336 and shows that I am not just seeing things… it is there. This one will be added to the M81 Group page.

I packed up shortly after 11 PM. The temperature was 43 F and everything was still nice and dry.

Over all a great night. I need to shoot some darks, I was using some older 30 second darks which did not mask the amp glow in the 5 minute exposures. I really dig the new mount! Accurate GOTOs, great tracking, and awesome guiding with nice round stars in all the captures. I am looking forward to more EAA sessions and also to dipping my toes in some longer exposure astrophotography work.