I learned about the M81 Group when looking up the details of the spiral galaxy NGC 2403 which I EAA observed on 01/27/2022. The M81 Group is a galaxy group in the constellations Ursa Major and Camelopardalis. There are two Messier Objects in the M81 Group: M81 also known as Bode’s Galaxy and M82 also known as the Cigar Galaxy.

According to the M81 Group Wikipedia entry there are 34 galaxies in the M81 Group, most of them are very faint with apparent magnitude greater than 10. Many will push my abilities and the limits of my gear, but I am going to work through attempting to EAA observe and capture each of the objects in the M81 Group. So I decided to dedicate a page to the pursuit of the M81 Group and my attempts to capture at least some of the 34 members.

I already have the 3 brightest galaxies in the group. Here are a few others which are <14 magnitude which I will start adding to my observation planning to attempt first:

Then I’ll take a look at attempting the dimmer (>14 mag) ones. 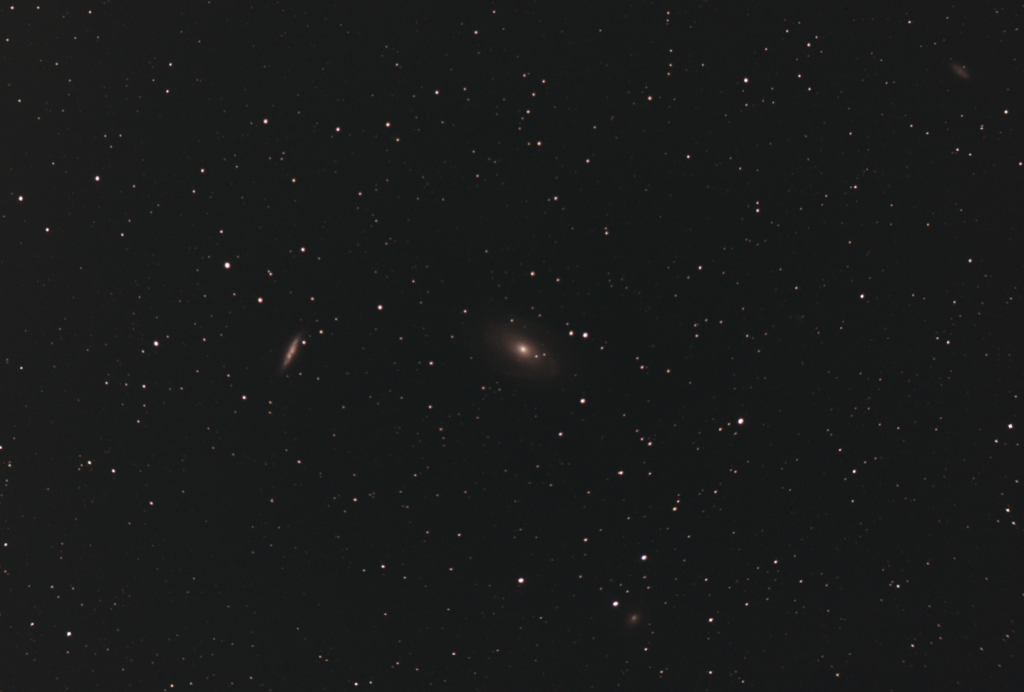