Since Monday was a holiday I decided to get a bit of observing in. Sunday night was a clear cool night. The temperature when I started observing was around 40 degrees F but dropped down to near freezing. This session was a bit different as I was working on another project so I was kind of setting things and letting them run, both longer exposures and more time on the target. I was also tinkering around with the guiding and the settings for that. I was actually pretty happy with how well the old Celestron CG5 mount was guiding (when I could get the calibration to complete).

I am reusing the flats and darks I shot before my last session and they seemed to be ok for the most part. I ran the Ekos Polar Alignment routine (West, then East, the West again) and with a few adjustments I was able to get my error under 10 arcseconds in both alt and az.

I am also testing out my Raspberry Pi running the Raspberry Pi 64-bit OS and the builds I ran for INDI and PHD2. That is the project I am working on and you can get a peak at it here. More to come about this in the near future.

I decided to try some guiding tonight so I am guiding with my Orion SSAG and the SVBONY SV106 60mm Guide Scope. The SV106 has a focal length of 240mm. I used the Ekos Internal Guider but when I had an issue I switched to PHD2 (which did not solve the issue). I was able to get the remote PHD2 guiding to work, so I’ll call that a win.

The EAA images in this post were capture with my ZWO ASI294MC Pro cooled to -10 C through my SVBONY SV503 102ED scope with 0.8 Focal Reducer and a SVBONY IR/UV Cut filter. Focus was obtained with the ZWO EAF using the Ekos Focus Module. The images were live stacked using SharpCap Pro. The mount and cameras are remotely controlled with KStars/Ekos with INDI Server running on a Raspberry Pi. The images have been resized (80% of original) and/or cropped for file size but otherwise appear just as I observed them. 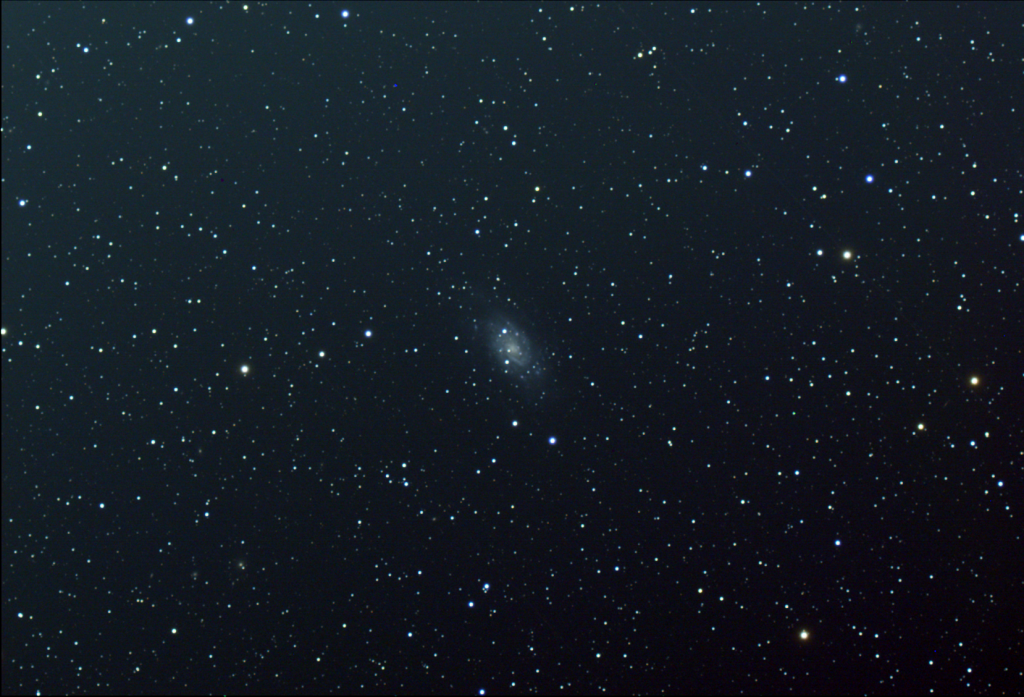 Took a couple tries to get the guiding to calibrate successfully, but once the calibration was complete I was guiding with an RMS between 0.87 and 1.26 for the 40 minutes I was capturing NGC 2403.

IC 405, the Flaming Star Nebula, in the constellation Auriga. This is a live stack of 10 x 30 second and 25 x 60 second unguided exposures. 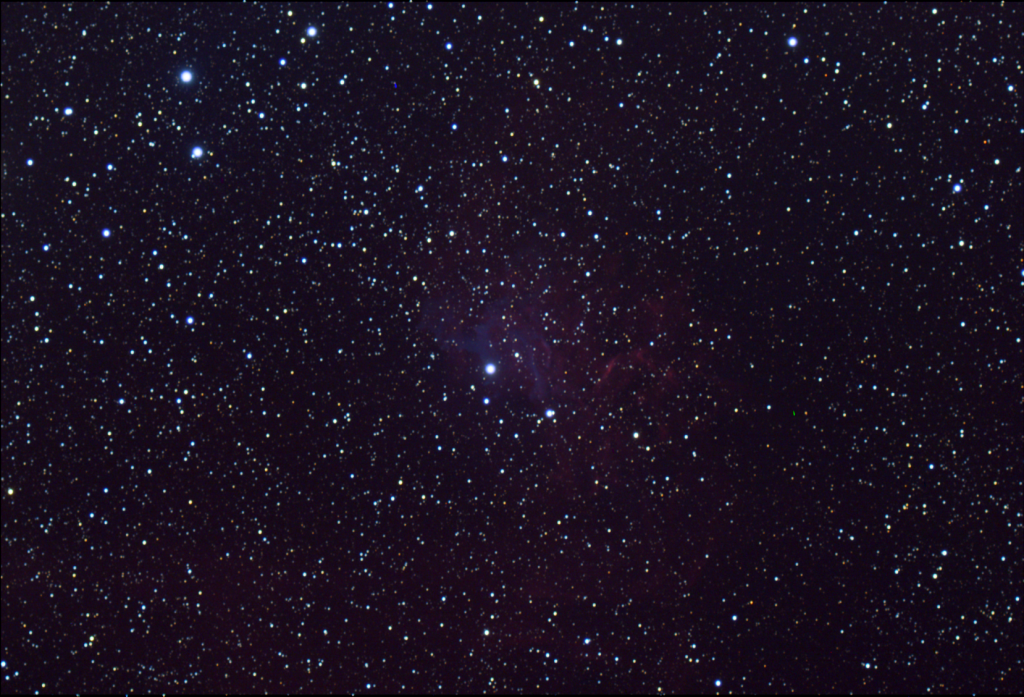 Not sure what the issue was but I could not get the guiding to calibrate successfully. It was having an issue with the DEC calibration. Turning off DEC Backlash seemed to help some but here it would not calibrate. I even tried with PHD2 instead of the Ekos Internal Guider with no luck. Still looks pretty nice.

IC 434, the Horsehead Nebula, in the constellation of Orion. This is a live stack of 10 x 30 second and 40 x 120 second exposures with autoguiding. 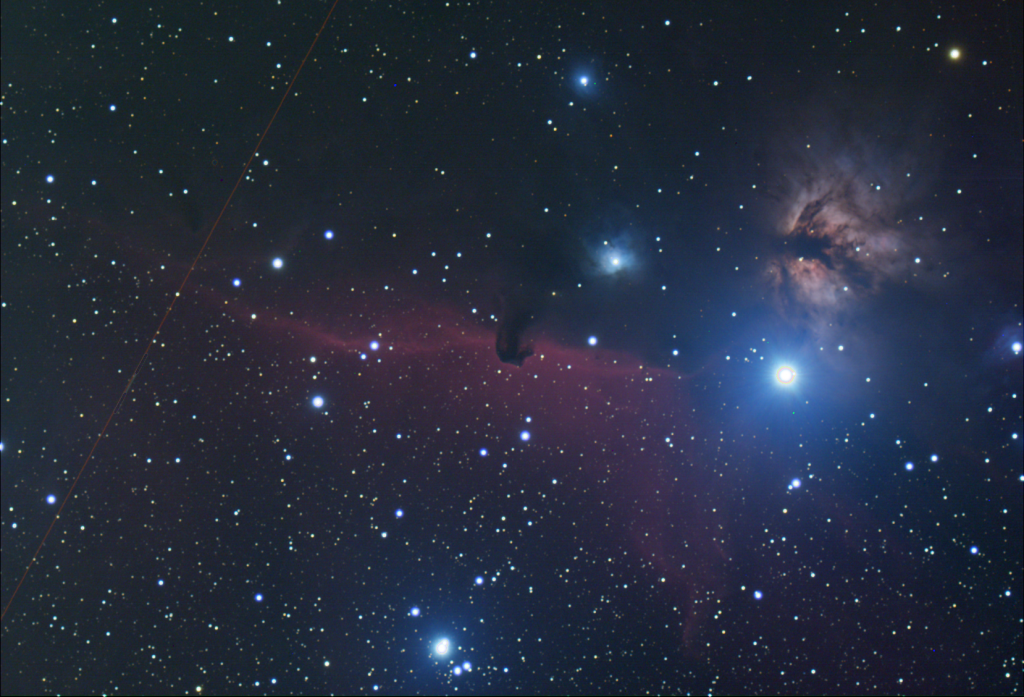 No issues with guiding calibration here. Calibrated and guiding with a RMS between 1 and 1.9. So I let it run. Only issue is a couple of the bright stars, especially HIP 26727, are really over saturated. The Horsehead, along with NGC 2024, the Flame Nebula, and NGC 2023 all look really nice. Couple of planes and satellites visited the shots, but still a nice capture. 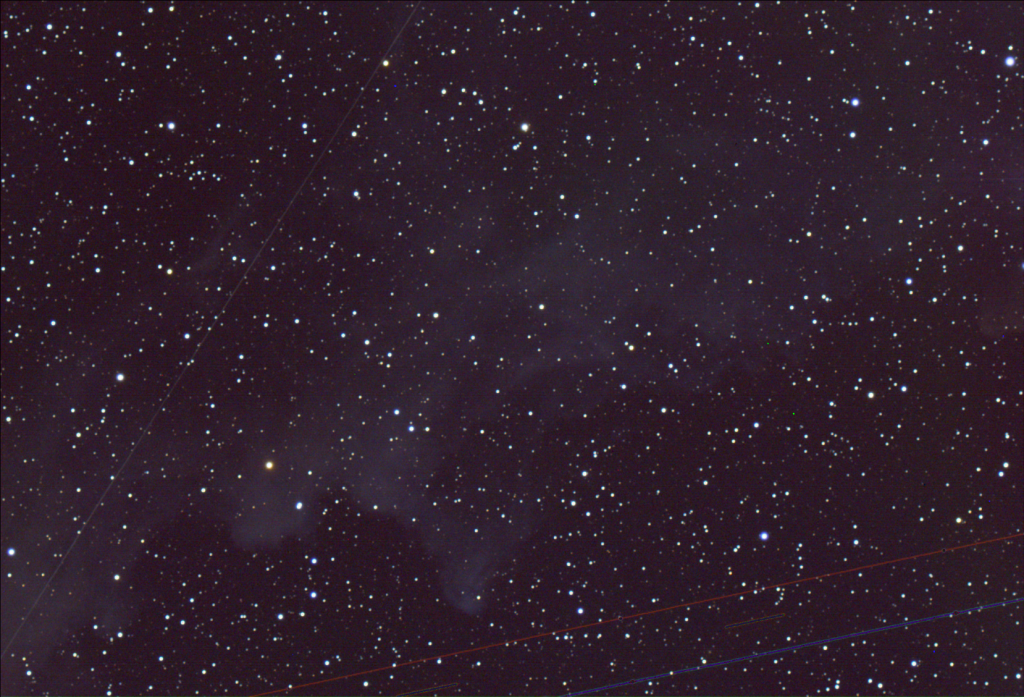 Another nice view. This is a very dark nebula but spending a bit more time on it brought out a little more detail. In the last run of the night a satellite and an airplane decided to buzz through.

Overall a nice night. A couple minor issues with the guiding but I was able to work through them. I packed things in around 11:15 PM. The temperature had dropped to just above freezing, but everything was nice and dry.