It has been a while since I have been able to get out and observe. Mostly due to no clear weekend nights. It was hot with high thin clouds most of the day on 07/23/2022 but the sky mostly cleared after 8:30 PM eastern. After dark it was warm (lower 80s), humid, and mostly clear. A few high thin clouds here and there, but overall not a bad night to observe. I did not really have a plan for the night, but I had hoped to get a couple of Messier for the Log. That did not work out, I am probably going to have to go to a different location to get those few I need from the low southern sky. Still a good night and it was great to get a chance to observe again.

I uncovered the scope and connected everything up just before dark. I did a visual polar alignment (which was not that great) and I shot a new set of flats. I created the flats using the Ekos capture module and my light panel with a target ADU of 25000. I then created the master flat in SharpCap Pro. I should have shot some new darks but I just wanted to get to observing. I set the TEC temperature on the camera to -15 C, but it was never able to get there (it was able to maintain -13.5 C).

For some reason my Wifi network was running really slow. Usually image transfers take 3-4 seconds, last night the average transfer was taking about 10 1/2 seconds. Not sure why.

The EAA images in this post were capture with my ZWO ASI294MC Pro through my SVBONY SV503 102ED scope with 0.8 Focal Reducer and a SVBONY IR/UV Cut filter. The images were live stacked using SharpCap Pro. The mount and cameras are remotely controlled with KStars/Ekos/INDI running on an Astroberry Raspberry Pi. The images have been resized and/or cropped for file size but otherwise appear just as I observed them.

NGC 6960, The Veil Nebula, in the constellation of Cygnus. The Veil Nebula is a supernova remnant of gas and dust. This is a 10 minute live stack of 30 x 20 second exposures at 121 gain. 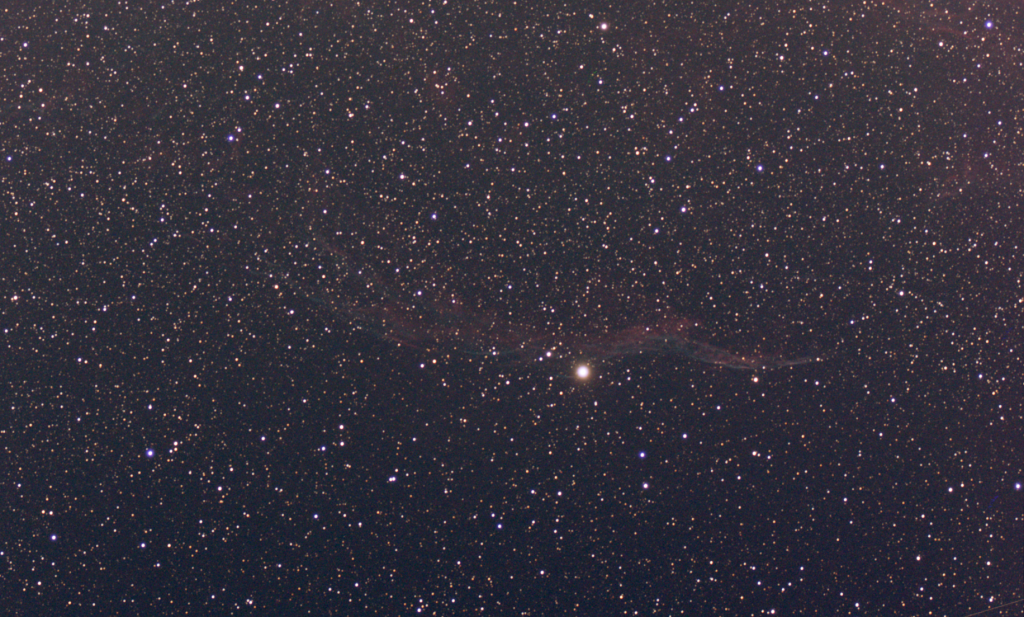 The bright star is 52 Cygni which is only about 291 light-years away from Earth. 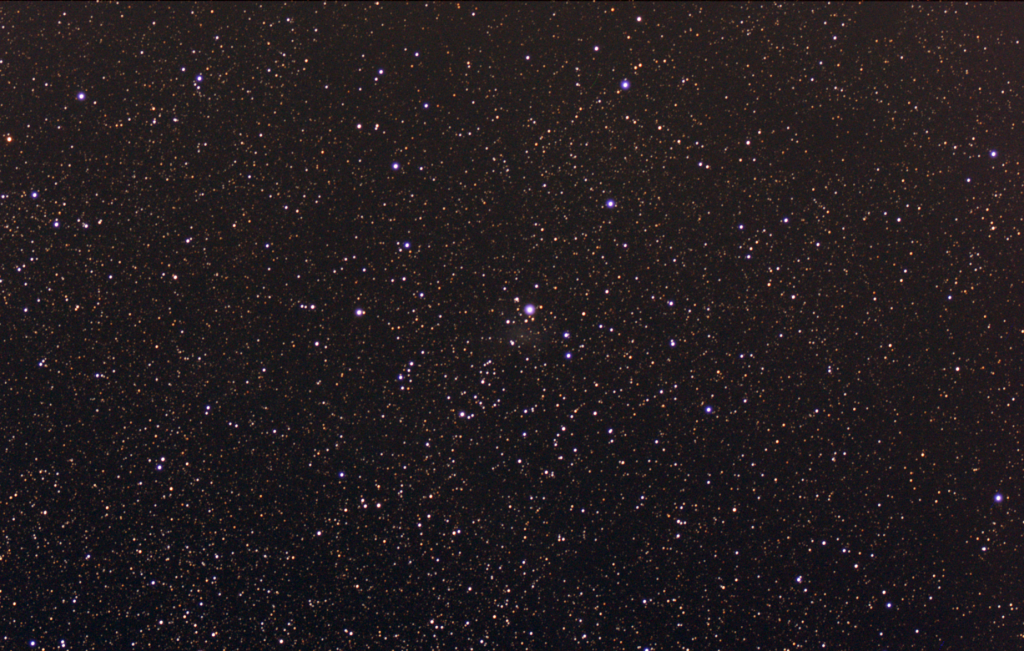 You can just see the faint blue nebula reflecting the light from the stars in the open cluster NGC 6991.

I attempted to observe M7, M70, and M54 for the Messier Log. All of these were low in the southern sky and blocked by trees. With the garage and trees in the way I am pretty sure I am going to have to move to a different location to try and capture these.

Stephan’s Quintet in the constellation of Pegasus. Recently made famous again by being one of the first images captured by the James Webb Space Telescope (JWST). This is a 15 minute EAA live stack of 45 x 20 second exposures at 121 gain. 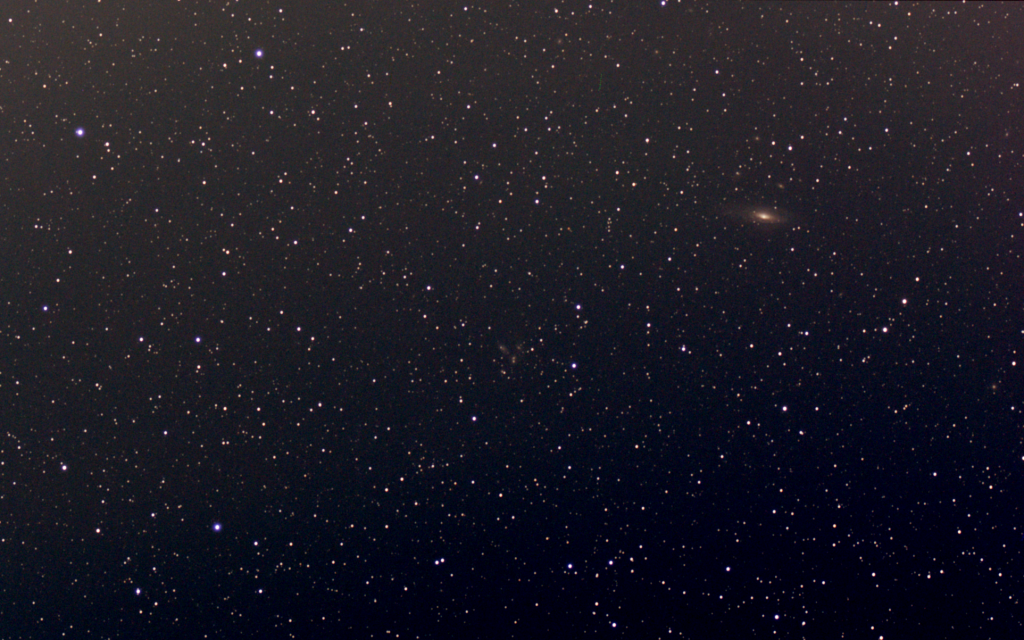 NGC 7320 is the brightest and is a visual member of the group. NGC 7320 about 39 million light years away and is not physically interacting with the other galaxies which are between 210–340 million light-years away. 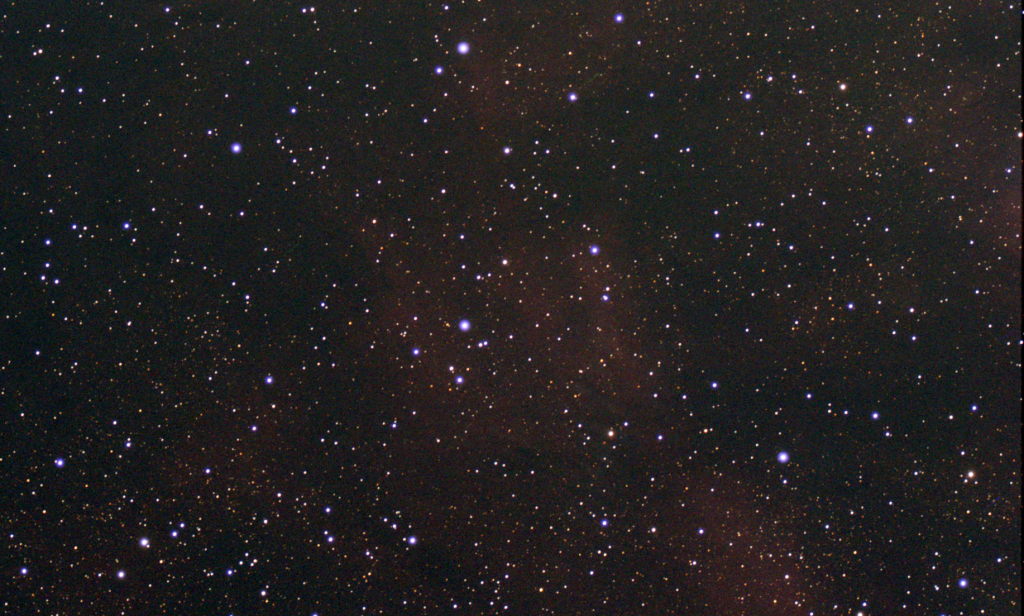 Increasing the gain did seem to allow me to resolve the nebula early in the live stack. The noise started to stack out the more frames I collected.

NGC 7000, the North America Nebula, an emission nebula in the constellation of Cygnus. This is a 10 minute live stack of 30 x 20 second exposures at 300 gain. 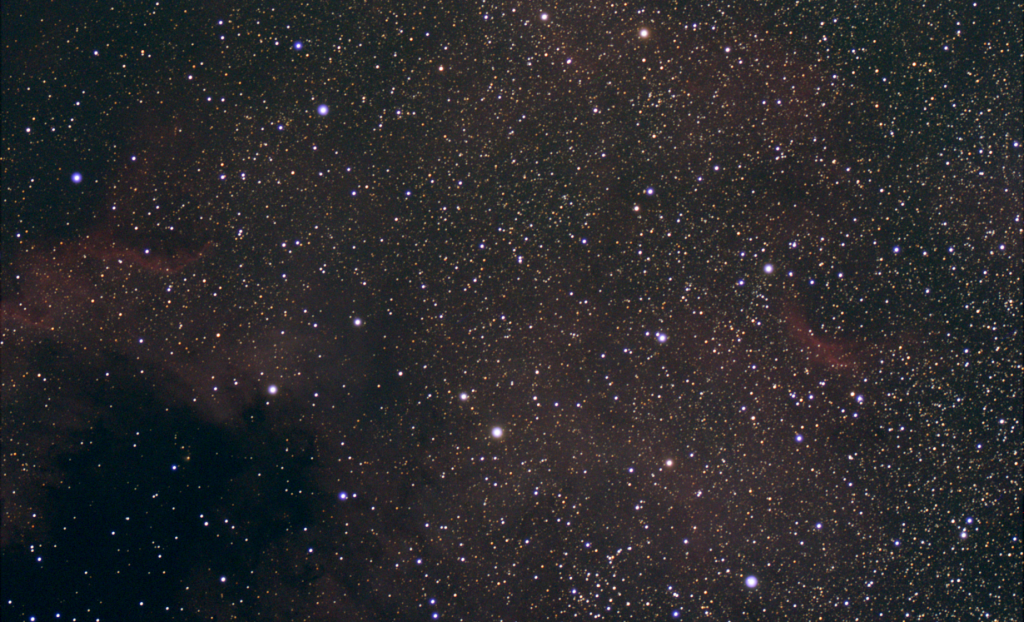 The dark region to the left of center is the “Gulf of Mexico”. 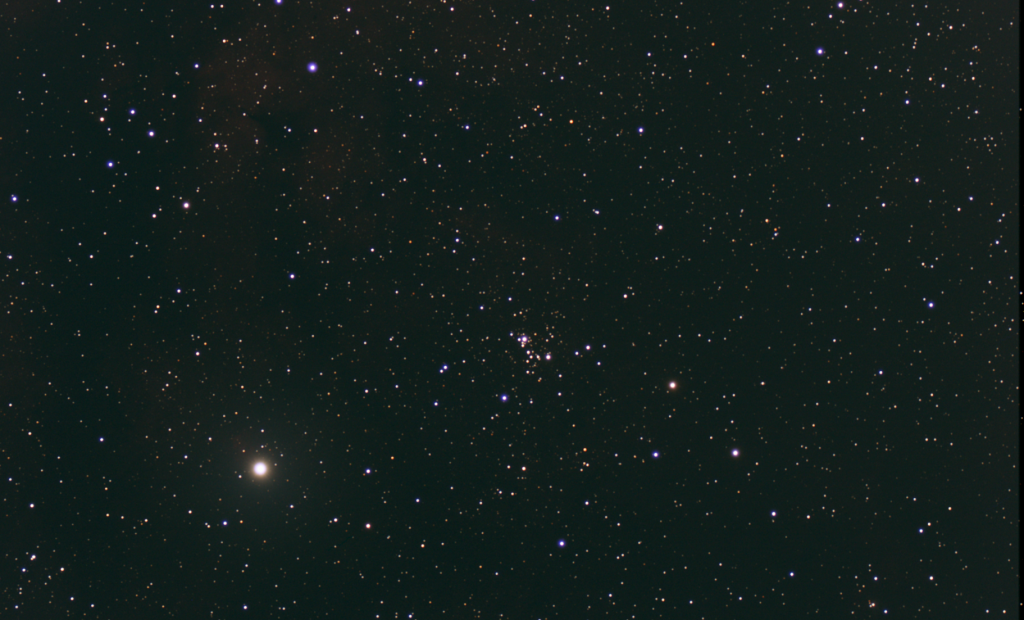 The bright star is HIP 100453 or 37 Cyg. There is some faint nebula up and to the left of the open cluster. 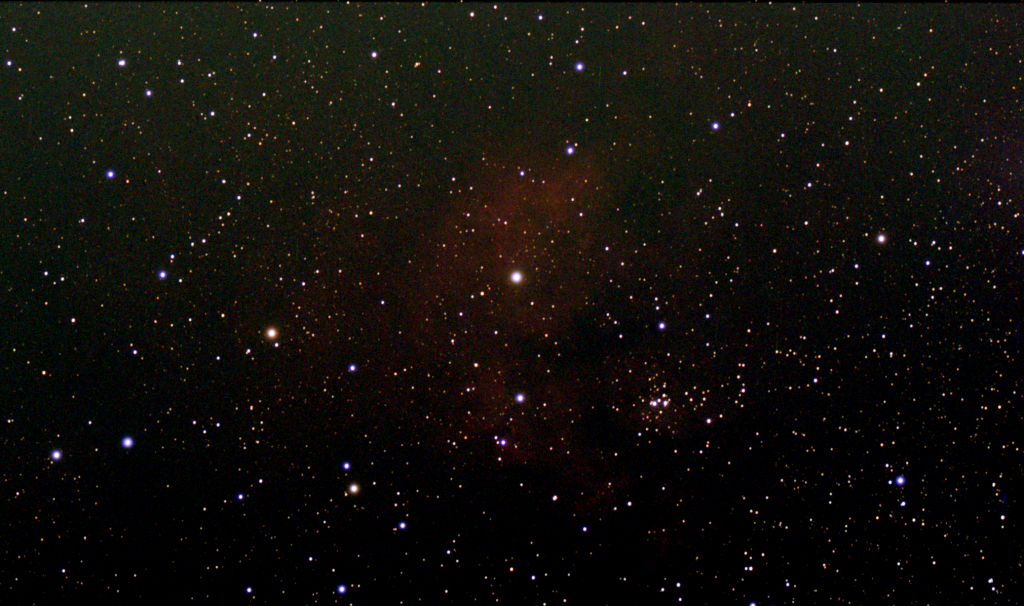 I packed up at around 1 AM on 07/24/2022. It was still really warm outside when I packed up, around 80 degrees F. Really enjoyed getting back to observing. Hoping for more clear skies.