It has been a while since I have been able to get out with the scope. It looked like it might clear last night, but that was not the case. I set up the SV503 102ED scope, got everything cabled up, and leveled and balanced the mount. Did a visual polar alignment with the polar scope. Manually focused using the Ekos Focus module. Everything was working pretty well, except for the clouds.

I had planned to do some testing of different gain settings. Basically I wanted to shoot several sequences of NGC 6888, the Crescent Nebula. Each sequence would be using the same exposure length and same number of exposures. The difference between the sequences would be the gain settings. I planned to start at 121 gain (unity gain) and work up to the max gain of 570 for the ZWO ASI294MC Pro camera.

I was about 8 minutes into the first run when some high thin clouds started to move through. This is a SharpCap Pro live stack of 39 x 15 second exposures at 121 gain, bin 2×2. 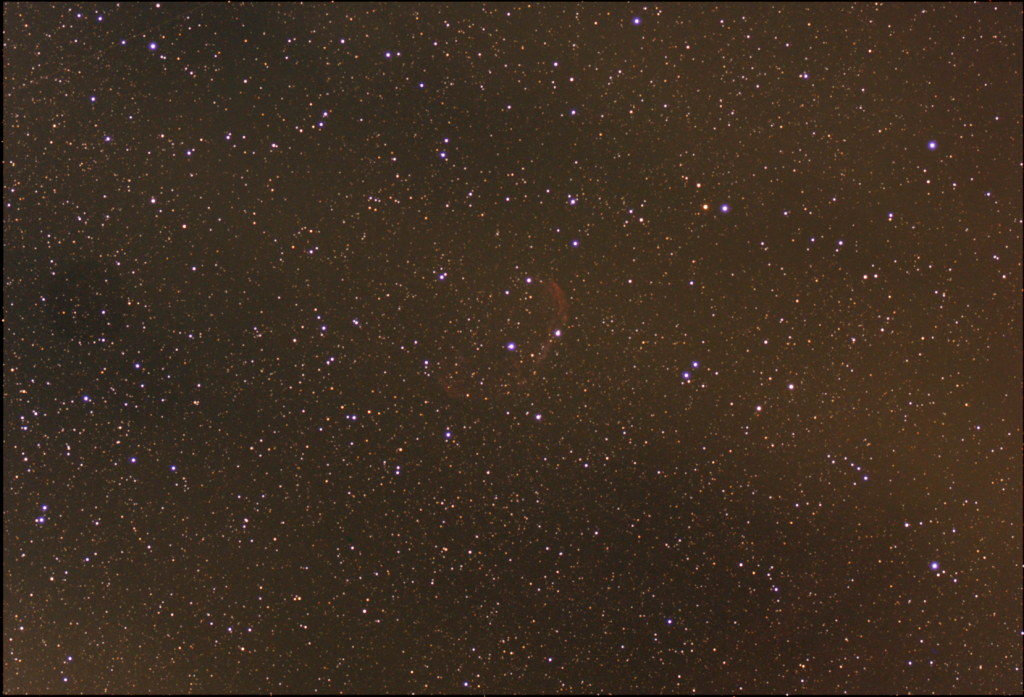 The Crescent Nebula was looking really good a couple of minutes before the clouds started moving in. By the end of the run the clouds are really visible, one frame was dropped due to the clouds.

I really did not feel like chasing holes in clouds so I decided to call it a night early at around 10:30 PM.

I’ll give it another try tonight.