Finally after more than a month we had a clear night sky on Friday. It was warm and humid but clear. The Moon was about half full in the Southwest sky. In the late afternoon I uncovered the scope and connected the gear. Just after dark I did a visual polar alignment. I started the session trying to shoot a new set of flats, but I had issues… more on that in a few. Even with the issues it was still great having the scope out looking up. I was able to capture a few Messiers for the Messier Log and a handful of objects for the CN September 2022 EAA Challenge.

As I mentioned I had a few issues during the session. The first issue was the INDI connection to the mount and the GPS. There was a conflict with the serial ports and INDI would not connect to the mount. I booted up without the GPS attached, started the INDI servers, and then attached the GPS. That fixed that. I think if I had the port selection checkbox set in the Ekos Profile I could have avoided this issue but anyway I got that worked out quick.

The biggest issue I had was with SharpCap not recognizing or reading the FITS files generated by Ekos during the captures, because of that I was not able to live stack during my captures. I think something must have changed with latest release of KStars/Ekos/INDI, an extra header in the FITS images or something. I was able to read the FITS images with other programs, just not SharpCap. I have a bug report open in the SharpCap forums so I hope it gets sorted. I stacked some of these images Saturday morning after the session, so these images are outside the scope of what is typically EAA.

The images below were capture with my ZWO ASI294MC Pro through my SVBONY SV503 102ED scope with 0.8 Focal Reducer and a SVBONY IR/UV Cut filter. The images were stacked after the session using Deep Sky Stacker. The mount and cameras are remotely controlled with KStars/Ekos/INDI running on an Astroberry Raspberry Pi. Other than the post session stacking I did not do any other processing on the images. The images have been resized and/or cropped for file size.

Even though I was not able to create a new flat for SharpCap, I was able to use the flat FITS I did capture and create a master flat to using in Deep Sky Stacker. 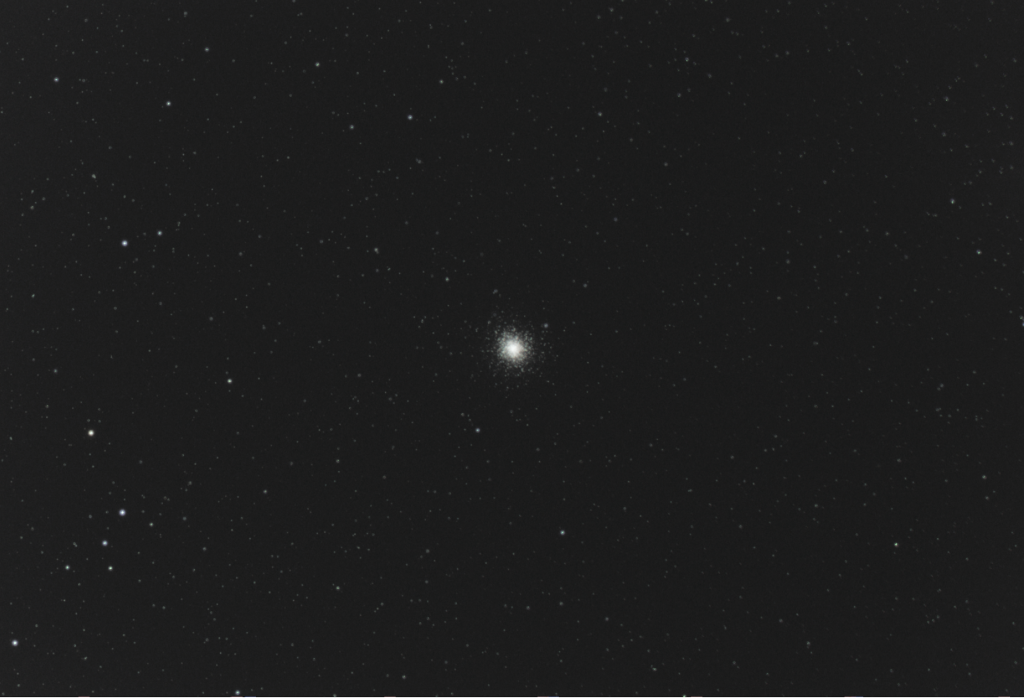 M 6 – The Butterfly Cluster an open cluster in the constellation of Scorpius. Post capture stack of 18 x 10 second exposures at 300 gain, bin 2×2. 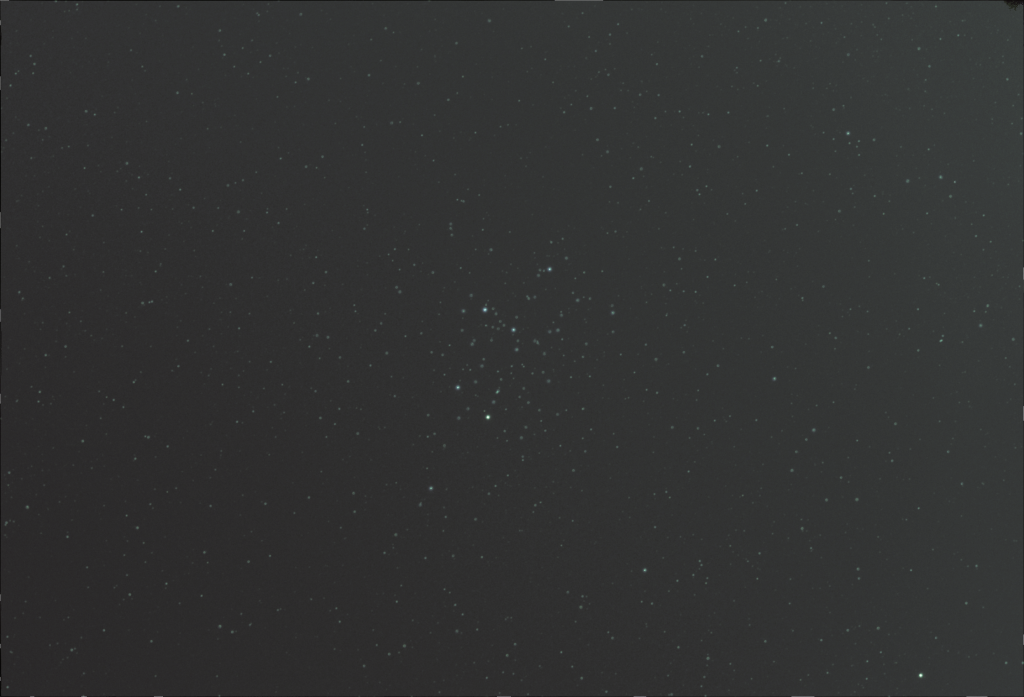 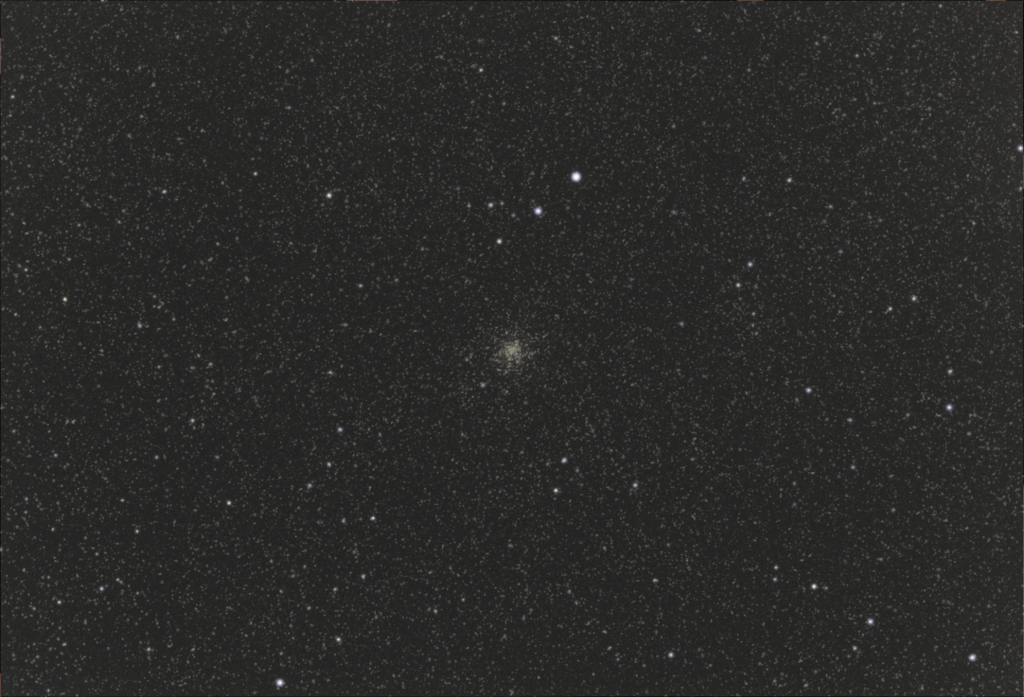 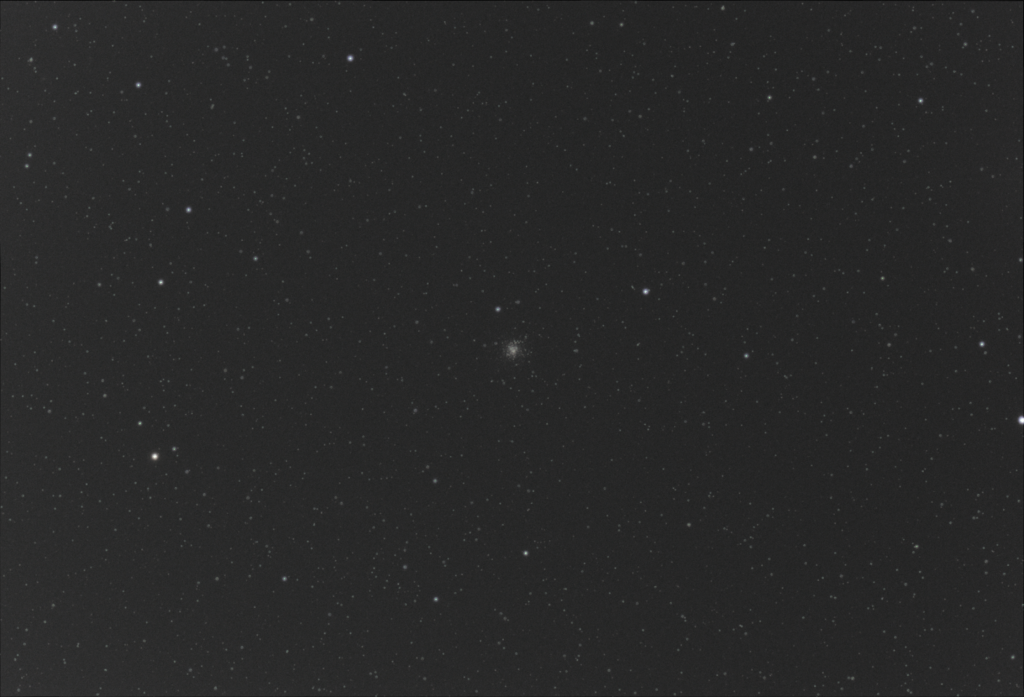 That is 4 more Messiers which puts me at over 100 Messier objects in my log!!! Only a few more to go!!! (I’ll get the Messier Log page updated after the holiday weekend)

I also observed and captured a few objects from the CloudyNights September 2022 EAA Observing Challenge. Since it is an EAA challenge, and I was not able to live stack, these images are single exposures – no stacking, no flats, no dark, no live histogram adjustment. These were screenshot directly from the KStars FITS viewer. 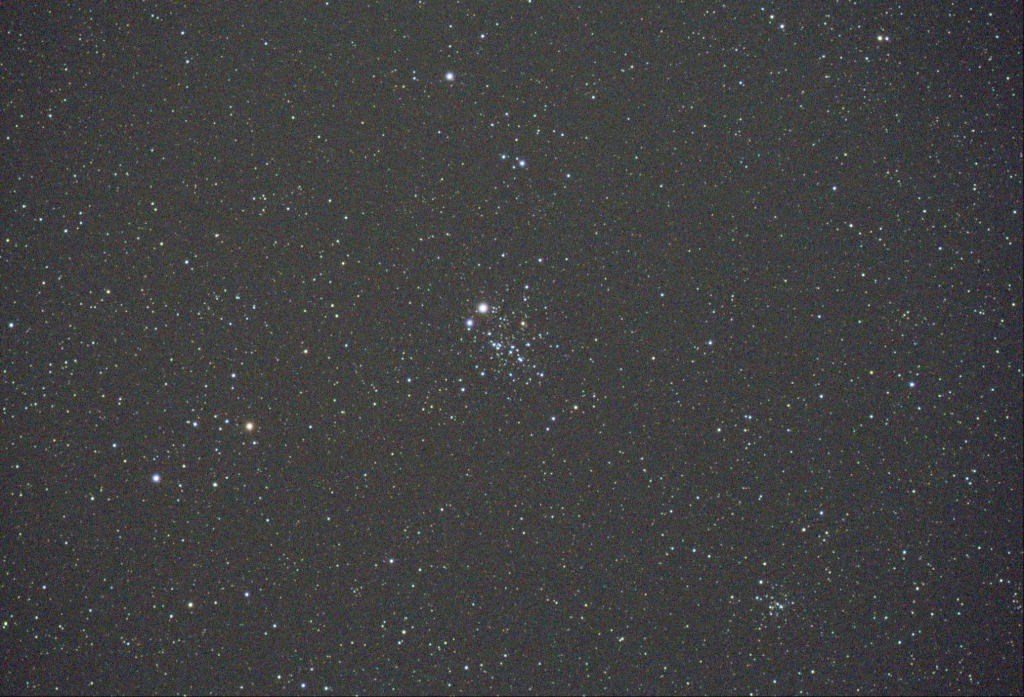 Looks fantastic even though it is just a single exposure. The Owl Cluster is one of my favorites. 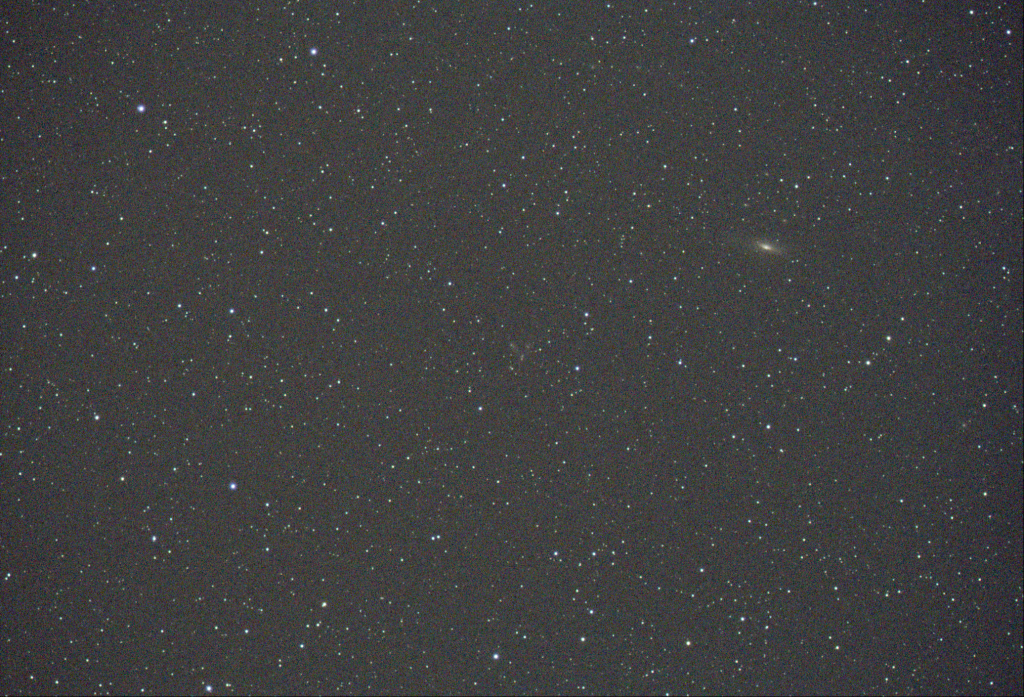 I can just barely resolve the 5 galaxies in Stephan’s Quintet. NGC 7331 pops right out. I wish live stacking had been working, but not a bad view for a single exposure. I’ll be back. 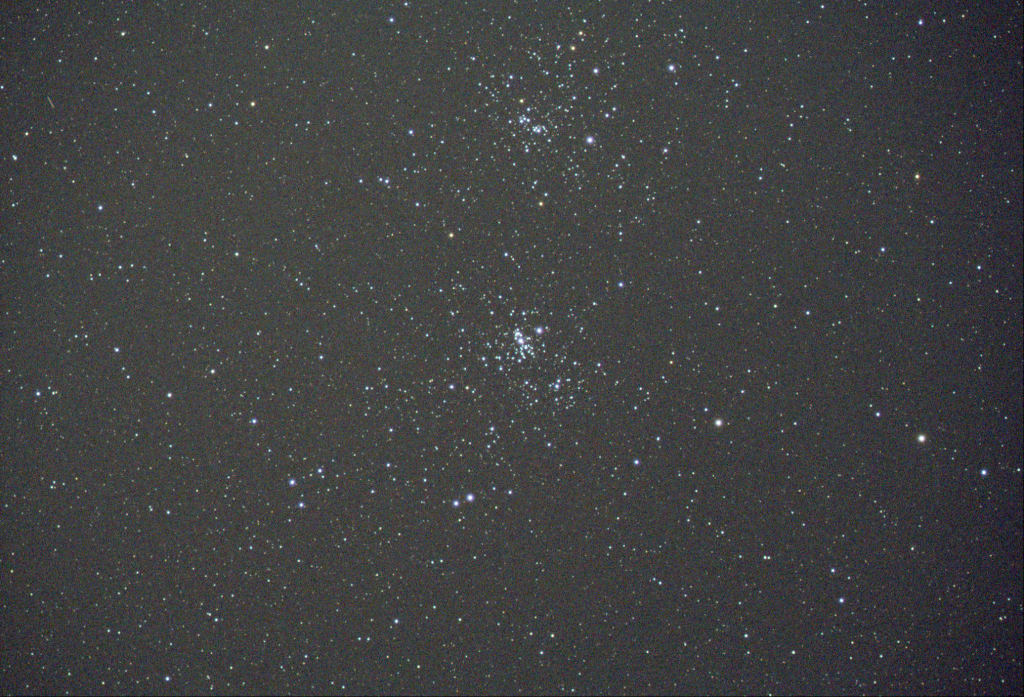 I should of taken the time to frame this one better. If things had been going right, I probably would have. Still a decent single exposure capture with a lot of nice bright blue stars and a few yellow ones popping here and there.

IC 10 an irregular galaxy in the constellation of Cassiopeia. This is a single 15 second exposure at 300 gain, bin 2×2. 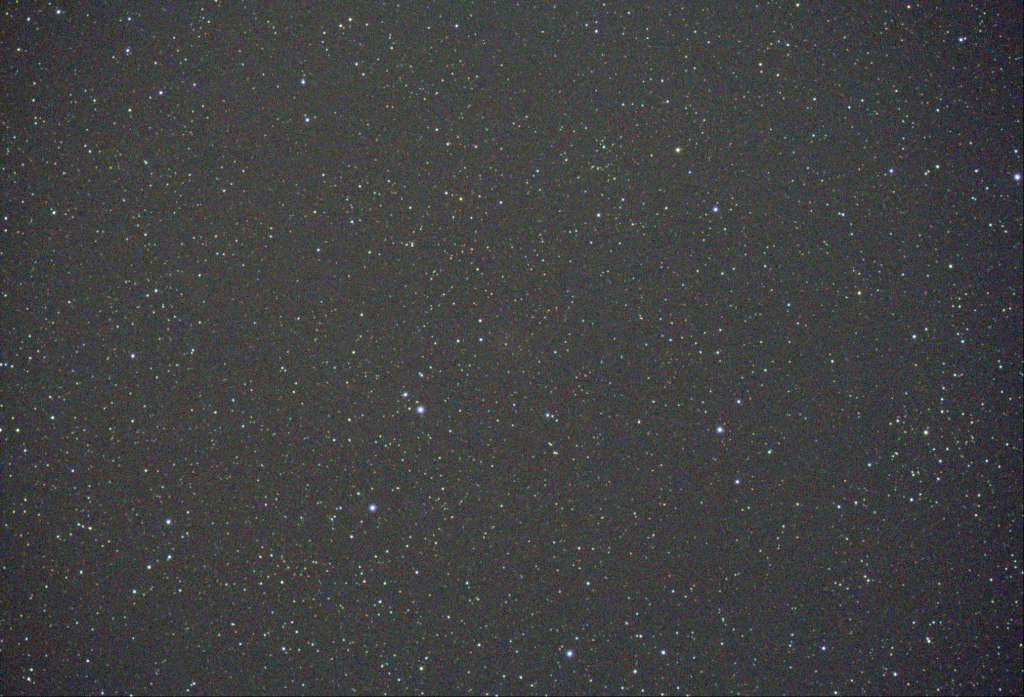 I can just make out a small faint “cloud” in the middle of the image. I will be revisiting this one when I get live stacking working.

Bummed that live stacking with SharpCap was not working as expected. KStar/Ekos/INDI and SharpCap have all be updated recently so there must be something that has changed with the FITS creation or something that is integrating with my capture process is not quite right (a new setting or something). I’ll get the issue figured out or I’ll drop back a version and see if I can get things working. Even with the issues it was still great to have a nice clear sky.