Another nice clear night, pretty much the same as last night. Observed a few more Messiers for the log and a couple of other interesting objects while I was just looking around.

Earlier in the month I had a lot of issues during an EAA session where I captured a few Messiers. Well since I was not able to observe them as they were captured, and instead had to post process the images… well the objects were not really EAA observed so I have decided not to add the captures from that session to the Messier Log. With all the gear and software working tonight I decided to hunt down as many as I could.

Since nothing had really changed with the scope or mount since last night I kept the same polar alignment and focus. I also reused the darks and flats which I shot last night.

The EAA images in this post were capture with my ZWO ASI294MC Pro cooled to -15 C through my SVBONY SV503 102ED scope with 0.8 Focal Reducer and a SVBONY IR/UV Cut filter. The images were live stacked using SharpCap Pro. The mount and cameras are remotely controlled with KStars/Ekos/INDI running on an Astroberry Raspberry Pi. The images have been resized (80% of original) and/or cropped for file size but otherwise appear just as I observed them. 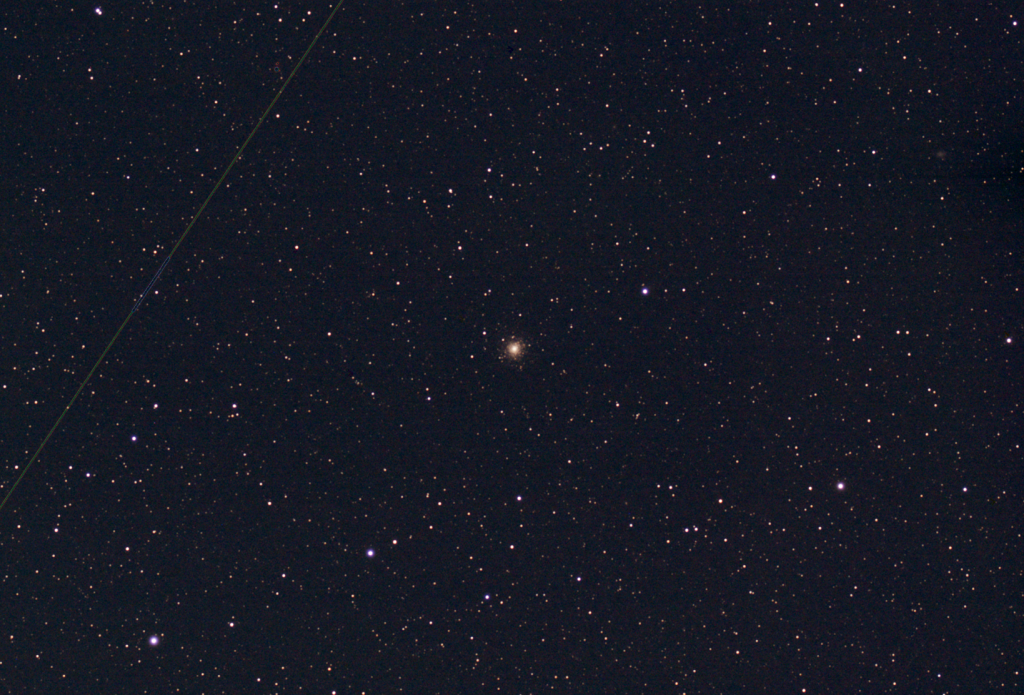 Had a visit from a satellite about 3 minutes into the live stack. 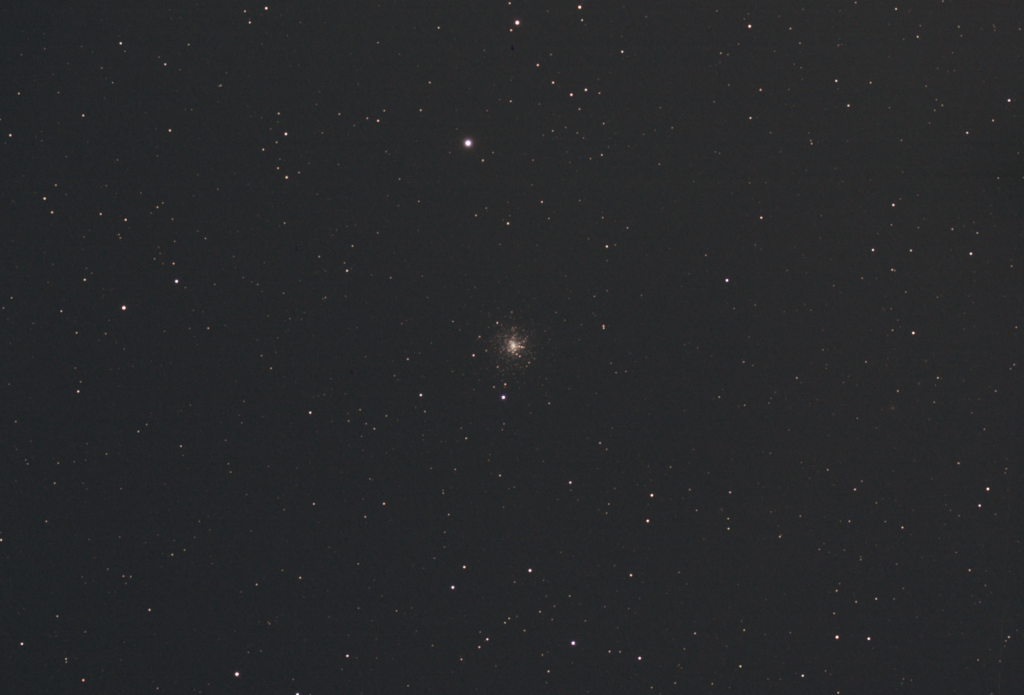 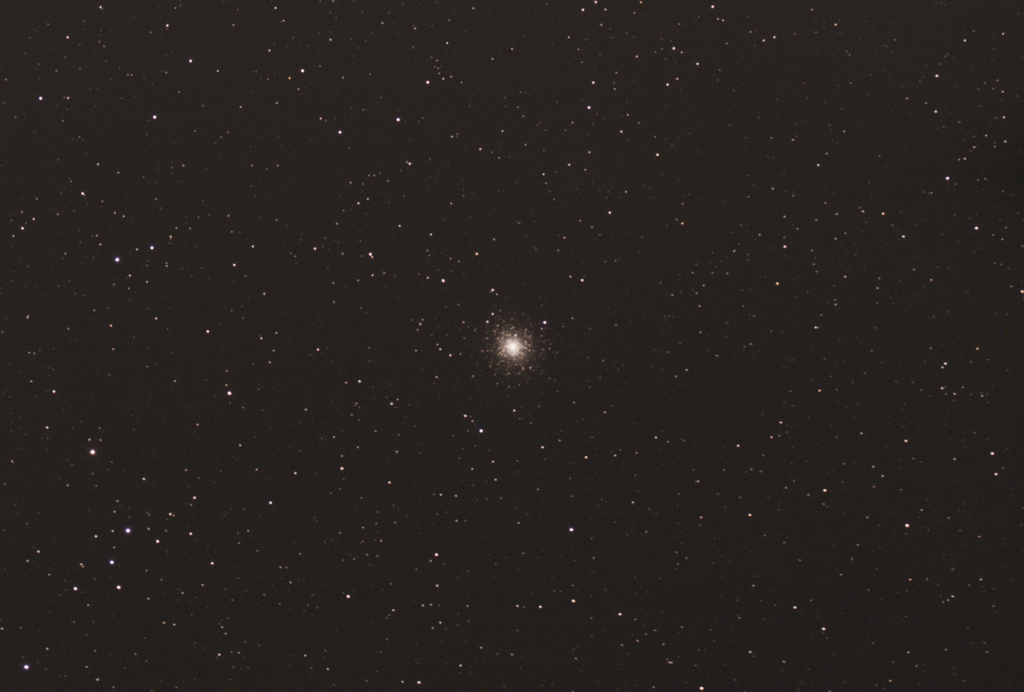 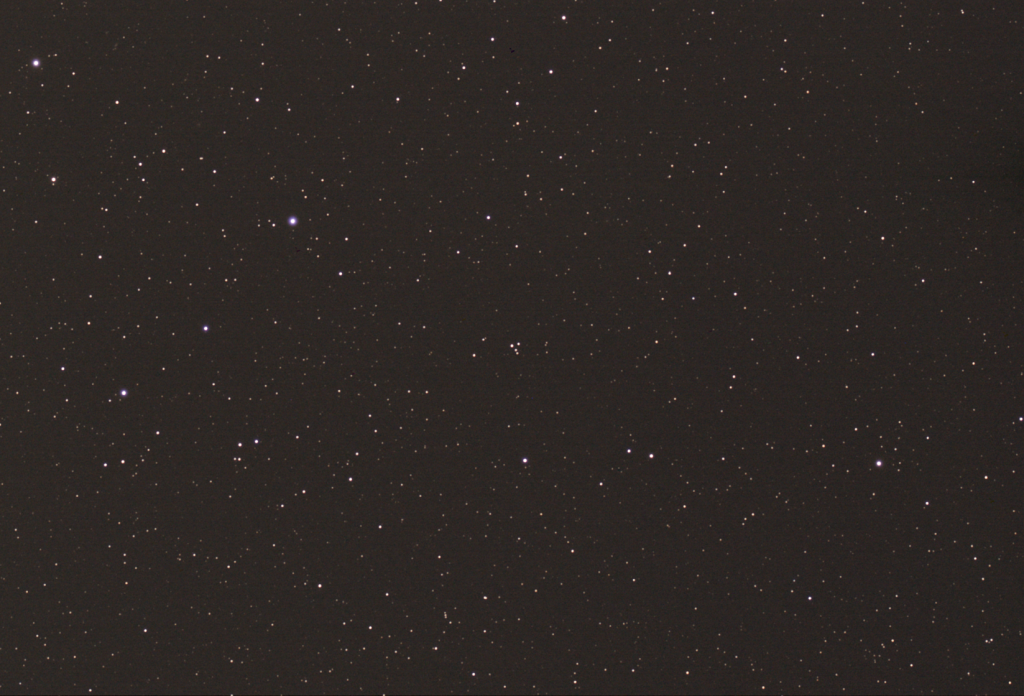 Four nice little stars in the middle of the frame. 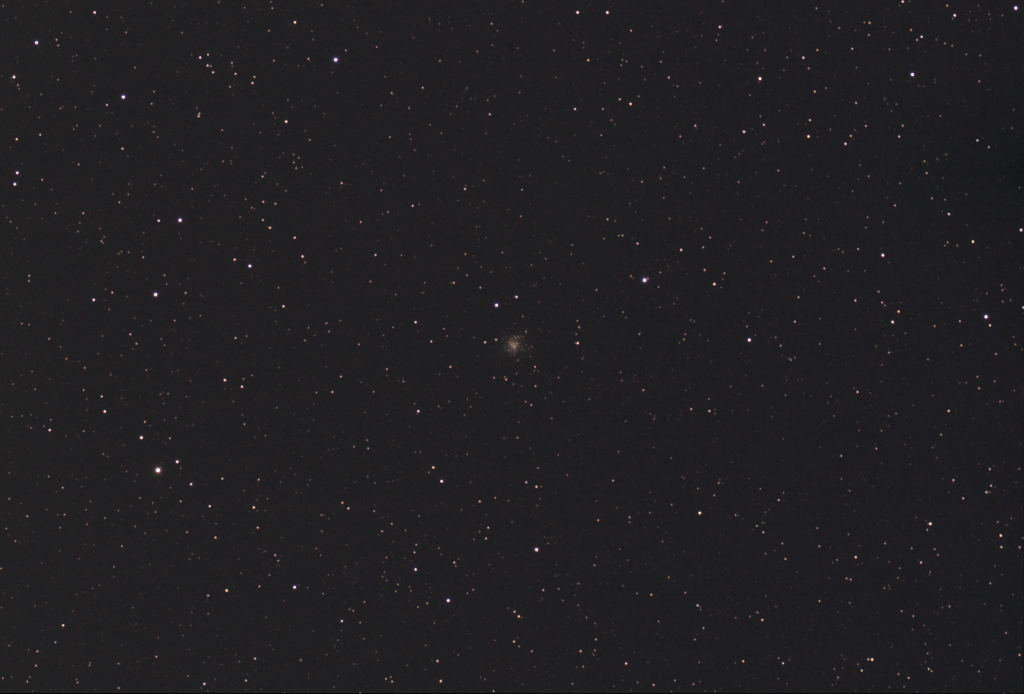 Since I was not able to see any more Messiers I bounced around a bit. 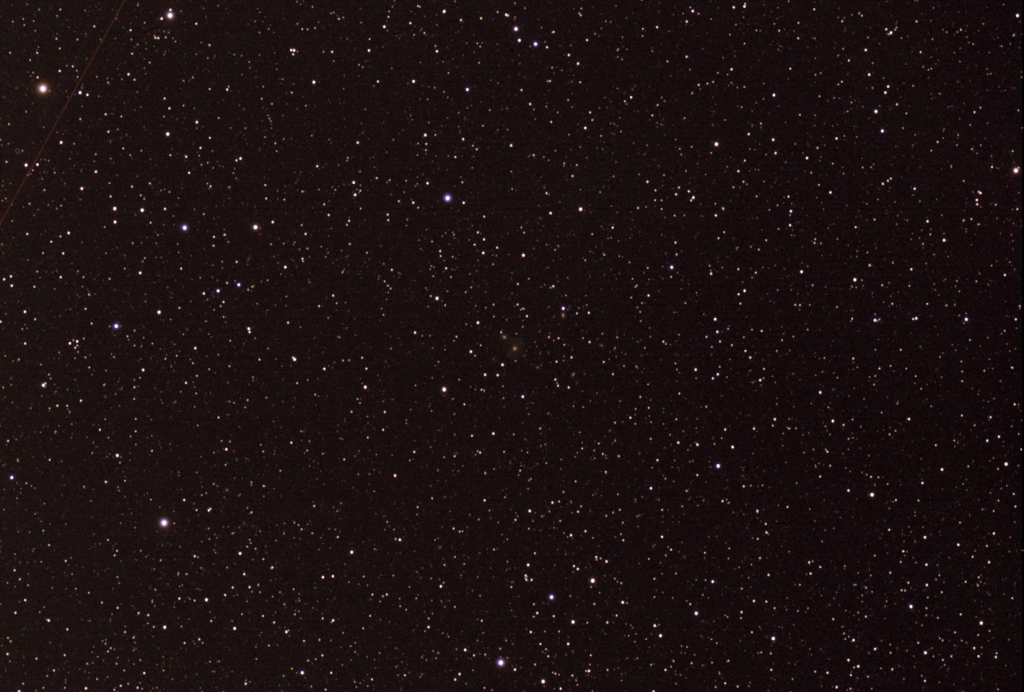 NGC 6962 is in the very center. KStars shows 9 other galaxies in this frame but I was only able to resolve 5 for sure in this frame. There is an annotated image of this galaxy group here. 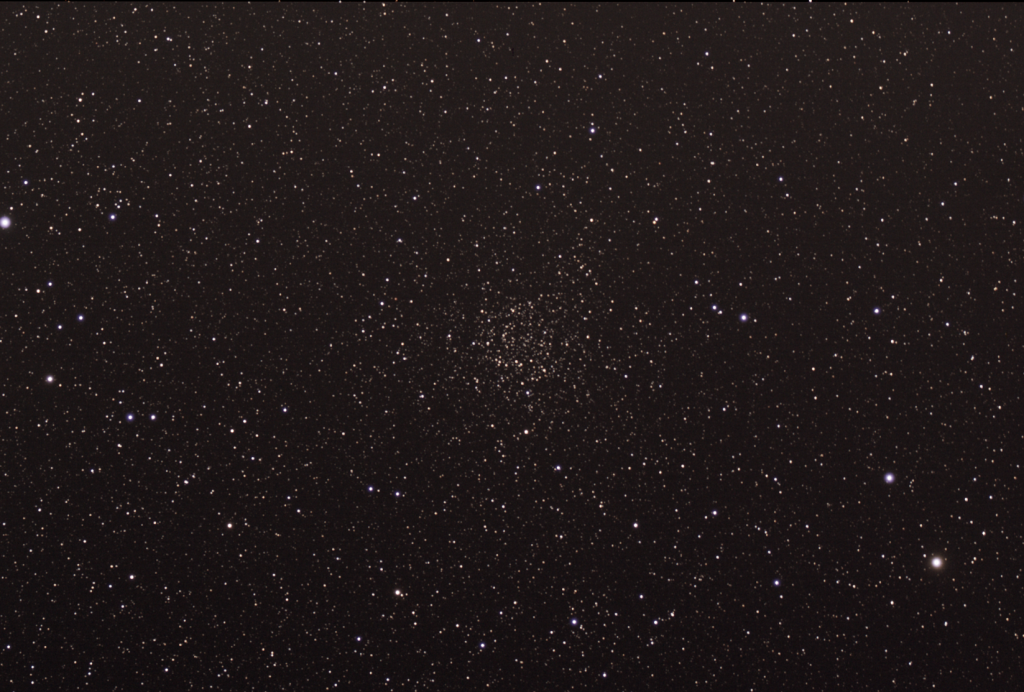 This was definitely one of my favorites from this session. Nice big open cluster of stars.

NGC 7822 a star forming complex in the constellation of Cepheus. There is an emission region, Sharpless 171, and the young cluster of stars named Berkeley 59.
Live stack of 90 x 30 second exposures, 121 gain, bin 2×2. 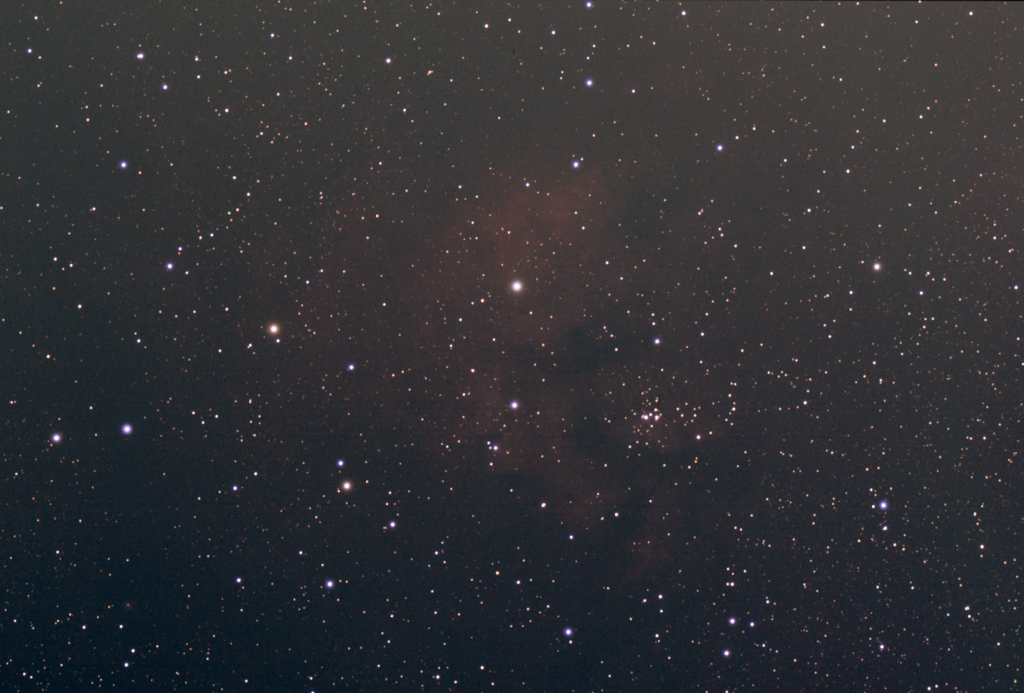 I did something a bit different with NGC 7822. I usually keep my EAA observations to around 10 to maybe 15 minutes per object, NGC 7822 seemed to need a bit more time so I stayed on it for 45 minutes. I was able to start to resolve some of the nebula about 10 minutes in, but with each 5 minute run I was able to see a bit more detail. Enjoyed looking at this one.

I covered the gear around 11 PM and called it a night. Great having two nice clear weekend nights.