Last night was another nice warm and clear night. Earlier in the day I had read a CloudyNight’s post about EAA capturing a supernova in the galaxy NGC4647 which was discovered on April 16, 2022. This was the only target I had planned to EAA observe for the night since it was a school night and I did not want to stay up too late. I am glad I took advantage of the clear night.

I did not reshoot my flats or darks, I used the same ones I shot last night. I did a visual polar alignment and focused the main camera and scope. My guide scope was out of focus and I did not want to spend the time on it, so decided not to use it.

This EAA image was capture with my ZWO ASI294MC Pro through my AstroTech AT66ED and live stacked using SharpCap Pro. The mount and cameras are remotely controlled with KStars/Ekos/INDI running on an Astroberry Raspberry Pi. The images have been resized and cropped for size but otherwise appear just as I observed them.

The supernova was easily resolvable after just a couple of frames. M60 is in the center of the frame and NGC 4647 is slightly down and to the right of it.

SN2022hrs is very bright and easy to see in NGC 4647. SN2022hrs looks like a bright star in front of the galaxy, but it is actually an exploding star within the galaxy. Here is a crop of the EAA capture at without any resizing. 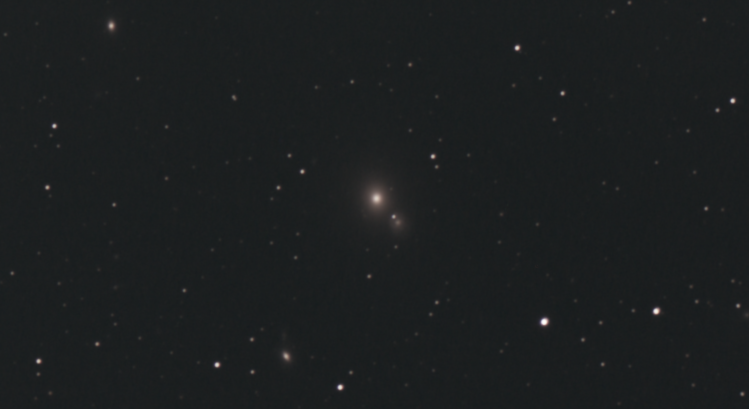 NGC 4647 is about 63 million light-years away from us. Even though we are just seeing the light from this supernova the actual event which generated this happened 63 million years ago.

There are lots of other interesting objects in the frame as well. M59 is the bright elliptical galaxy below M60 and there are several other faint fuzzies to observe. Here is the SharpCap Deep Sky Annotated image: 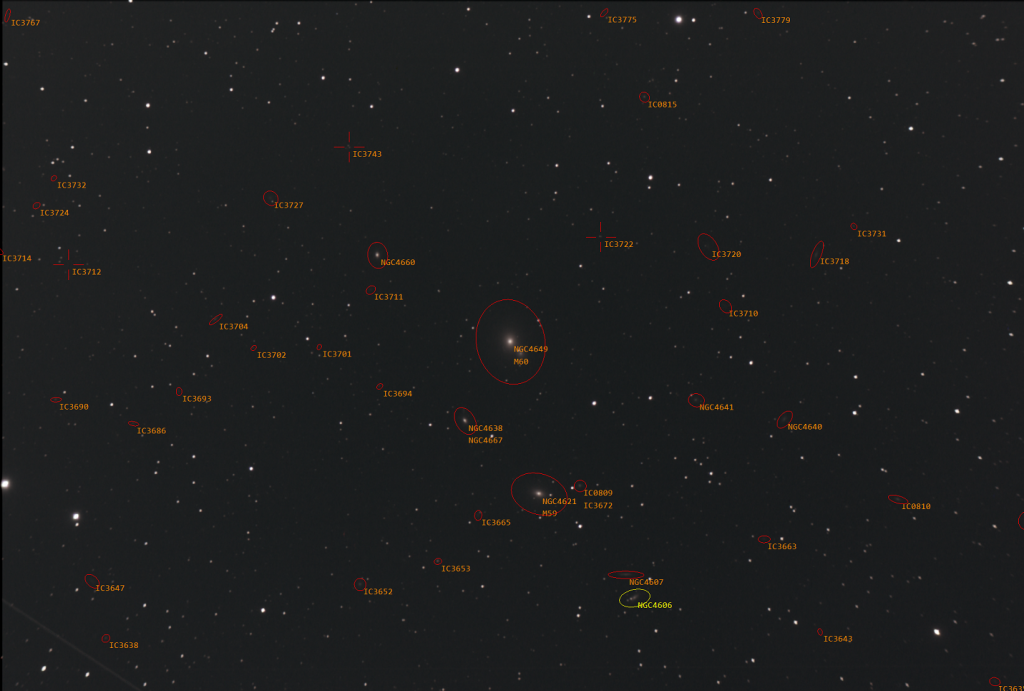 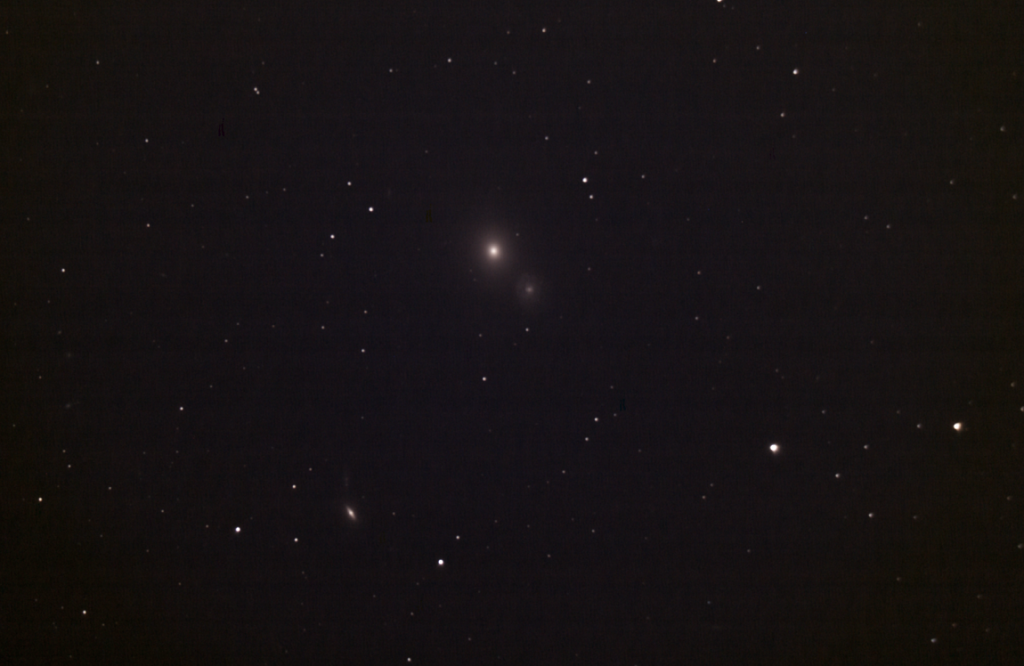 Glad I took advantage of the clear night to observe this. I finished up around 10:10 PM Eastern, packed up the cameras, covered the scope, and went to bed. I’ll plan to revisit this in a few weeks to see if there is any change in brightness.