Last night we had the first clear skies in a very long time. I think it has been 10 days or so since the last nice clear night. Clear skies, mild temperatures in the lower 70s, and just a bit of humidity made for a nice night to capture the first photons through the new SVBONY SV503 102ED Refractor. I had a plan to get a few objects from the CloudyNights’ May 2022 EAA Observing Challenge list and to just explore around a bit. Was a great night full of galaxies, globular clusters, planetary nebulas, and a quick check-in on a supernova. I observed 4 more Messiers to add to my Messier Log.

I leveled and balance the mount, scope, and camera. At dusk I did a visual polar alignment. Once it was dark enough I used the Focus Module in Ekos to manually focus and then shot my flats. With the 0.8 focal reducer on the SV503 if the spacing is correct the focal length of the SV503 should be reduced from 714mm to ~571mm. Plate-solving calculated the focal length at 569.3mm (f/5.6), so my spacing is almost dead on. After focusing and shooting the flats I did a quick align on the hand controller then it was off to EAA observing.

Since it was a school night I decided I was not going to spend more than 10 minutes on a target. That worked very well for the night and I had a great time observing a bunch of objects in a short period of time.

These EAA images were capture with my ZWO ASI294MC Pro through my SVBONY SV503 102ED scope with 0.8 Focal Reducer and live stacked using SharpCap Pro. The mount and cameras are remotely controlled with KStars/Ekos/INDI running on an Astroberry Raspberry Pi. The images have been resized and cropped for file size but otherwise appear just as I observed them. 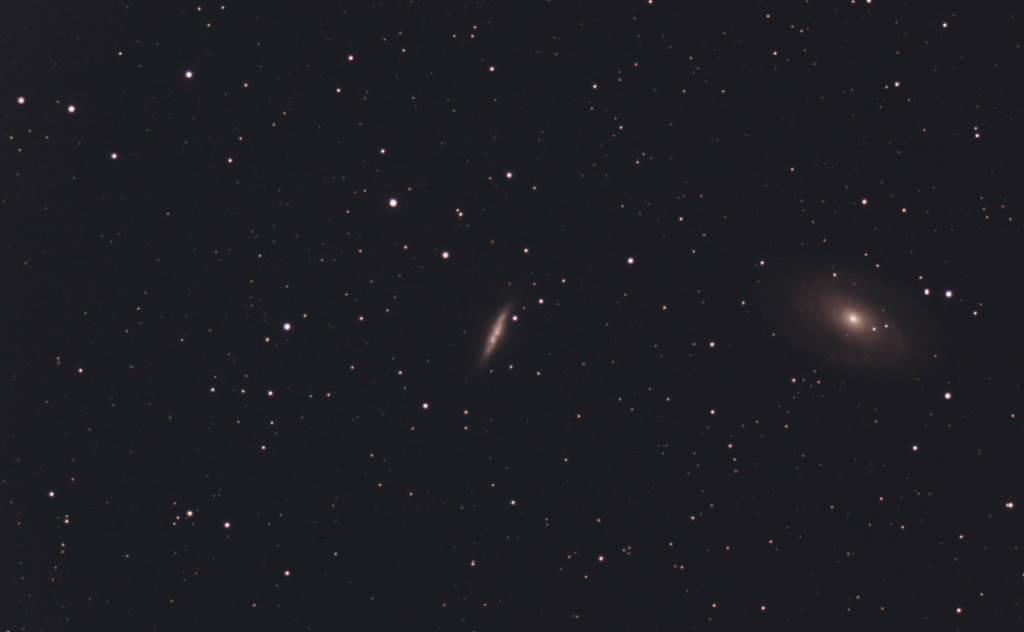 NGC5466 is a globular cluster in the constellation Boötes and is also on this months CloudNights’ EAA Observing Challenge list. This is a live stack of 30 x 10 second exposures, gain 121, bin 2×2. 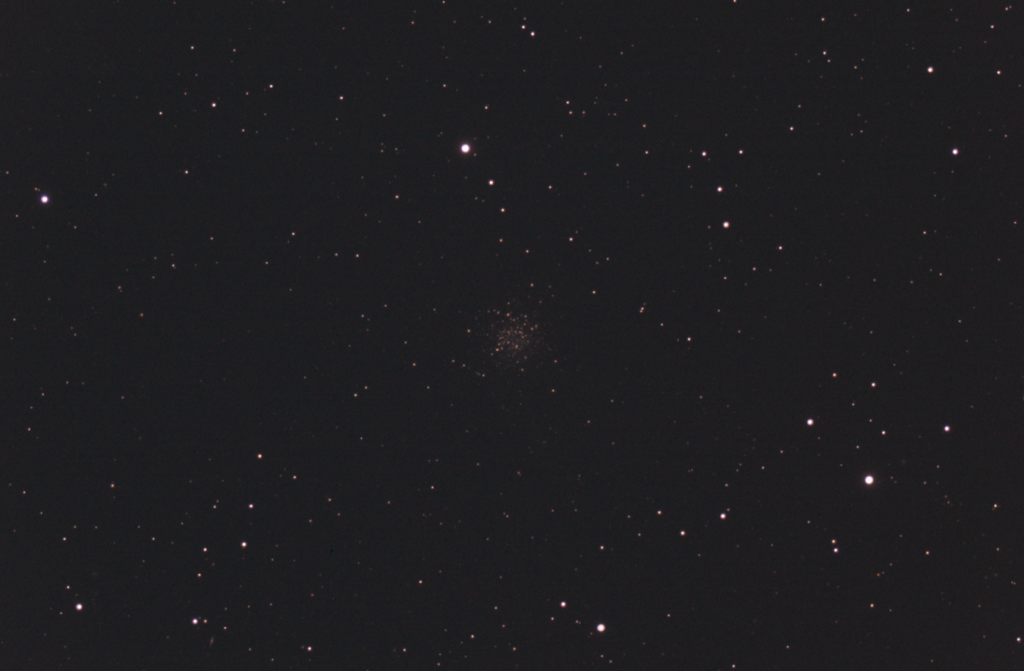 M83, the Southern Pinwheel Galaxy, was low in the southern sky. There were a few thin clouds in the area but we still managed to get a glimpse of it. M83 is also a May 2022 CloudyNights EAA Challenge object. This is a live stack of 60 x 10 second exposures, gain 121, bin 2×2. 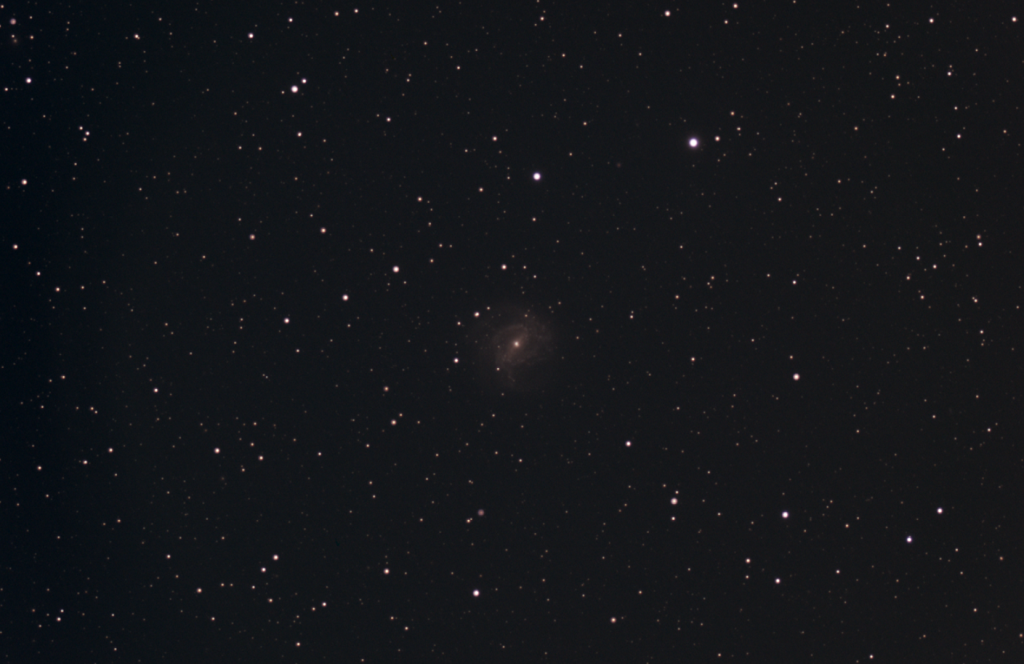 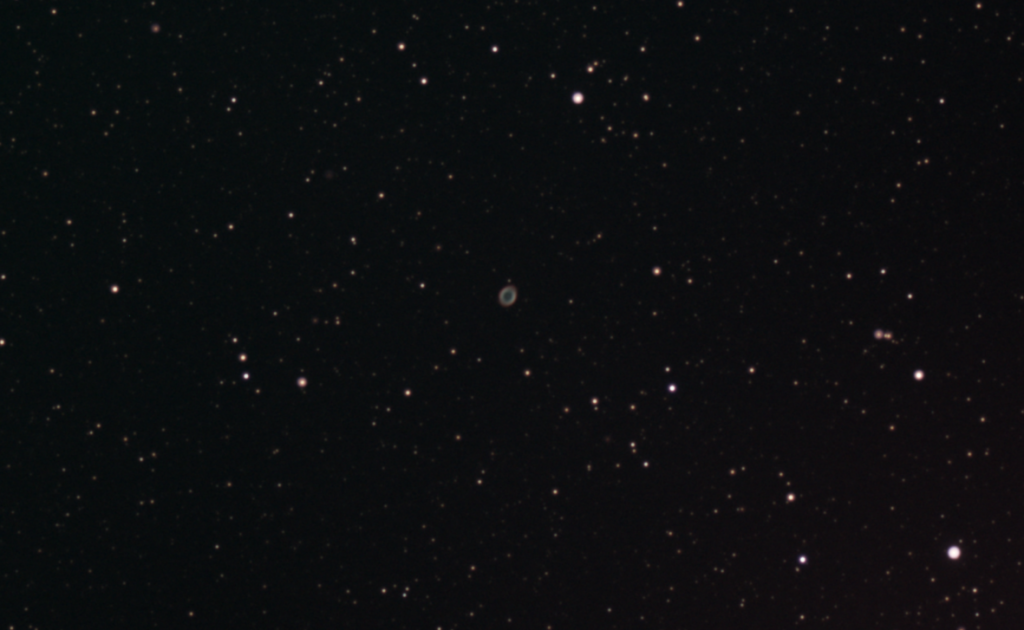 M57 is also on the CloudyNights’ May 2022 EAA Challenge list.

The last one from this months CloudyNights’ EAA Challenge is NGC40, the Bow Tie Nebula, a planetary nebula. This is a live stack of 30 x 10 second exposures, gain 121, bin 2×2. 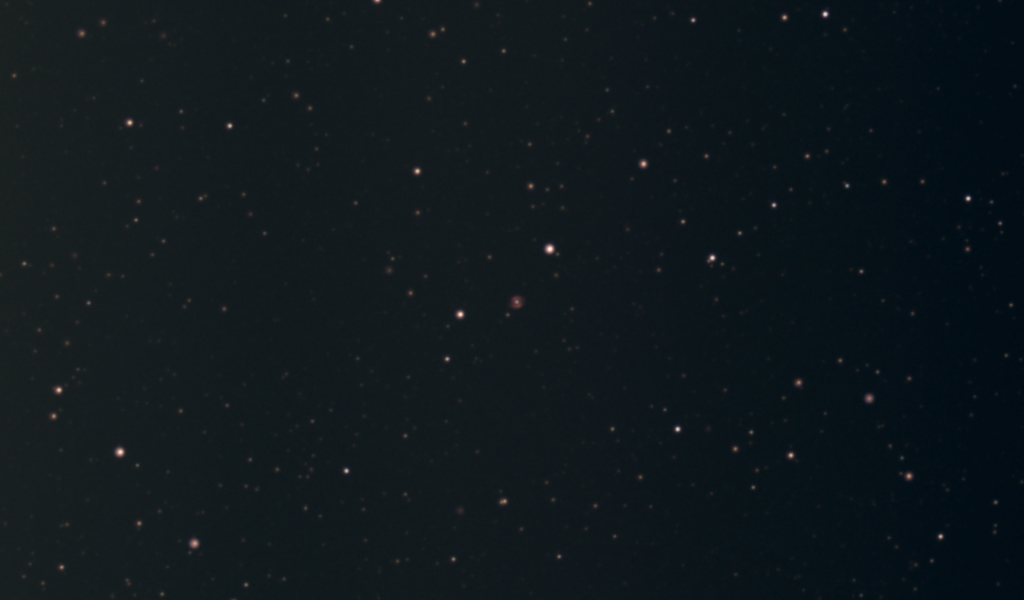 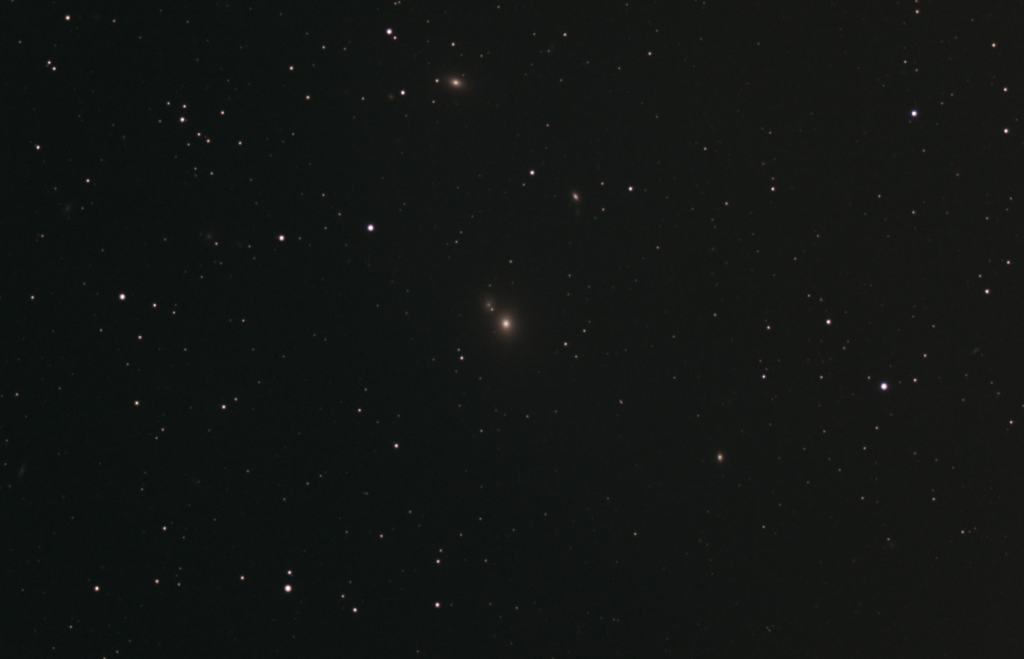 M13 is a globular cluster of several hundred thousand stars in the constellation Hercules. This is a live stack of 30 x 10 seconds, gain 121, bin 2×2. 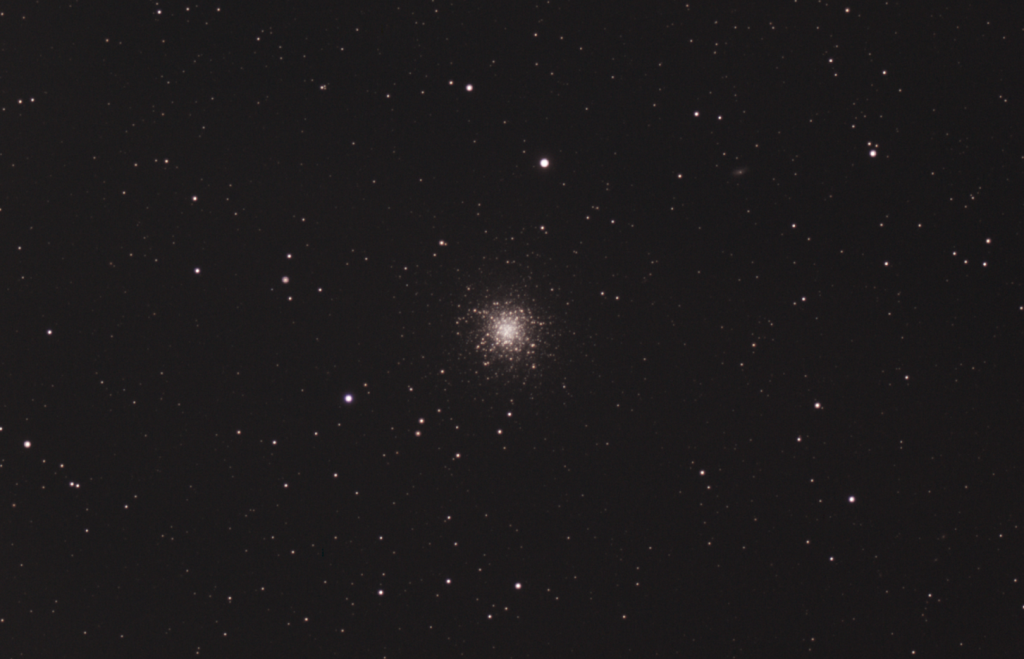 You can also see a faint galaxy, NGC 6207, to the right and just up from M13. This was my favorite observation of the night. 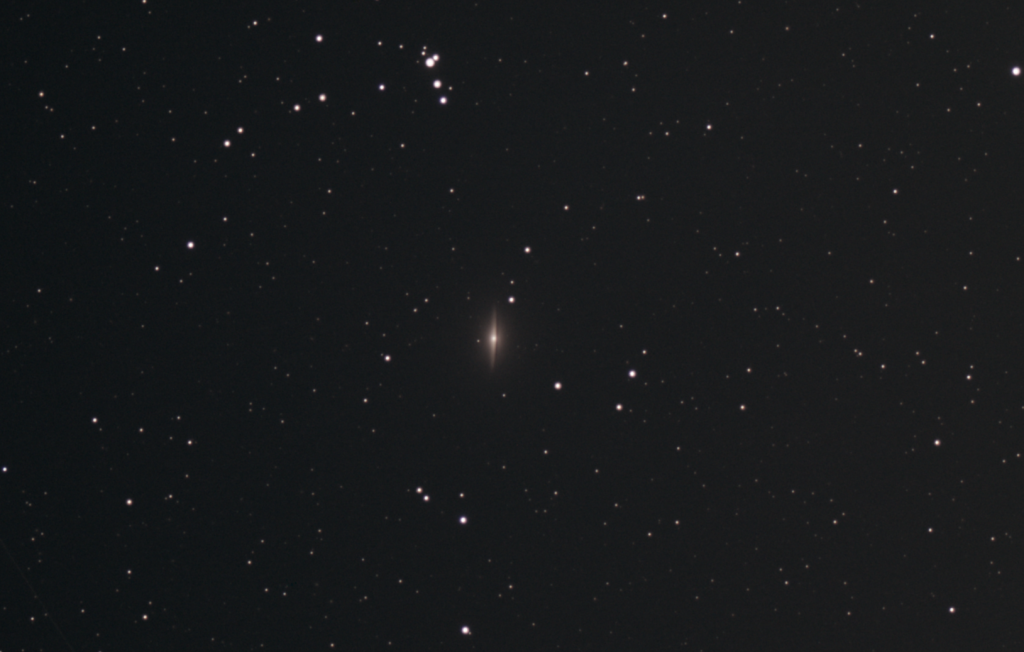 At around 11:15 PM I decided to call it a night. I had a great time EAA observing through the new scope. Plus I get to add four more Messiers to the log.

Looking forward to the next clear night.