After a cloudy start to the day the sky cleared up after 3 PM. The scope was still set up so I decided to take advantage of the clear sky and have a quick look around. It was warm, in the lower 60s, and very damp out. Since it was a school night I couldn’t stay out to late, but I did get spend a couple hours observing a couple of planetary nebulas, a neat faint “hidden” galaxy, and a couple emission nebula.

I uncovered the scope at dusk and connected everything up. I did not do any adjustments to the polar alignment, nothing has moved so I just used the alignment from my last session. I ran the Ekos Focus Module and the EAF position for the nights focus was at 10270. I really need shoot new flats, but it’s a school night and there is stuff to see.

The EAA images in this post were capture with my ZWO ASI294MC Pro cooled to -15 C through my SVBONY SV503 102ED scope with 0.8 Focal Reducer and a SVBONY IR/UV Cut filter. Focus was obtained with the ZWO EAF using the Ekos Focus Module. The images were live stacked using SharpCap Pro. The mount and cameras are remotely controlled with KStars/Ekos/INDI running on an Astroberry Raspberry Pi. The images have been resized (80% of original) and/or cropped for file size but otherwise appear just as I observed them.

I can see the filaments reaching out which mimic the views of Saturn’s rings. Neat little planetary. 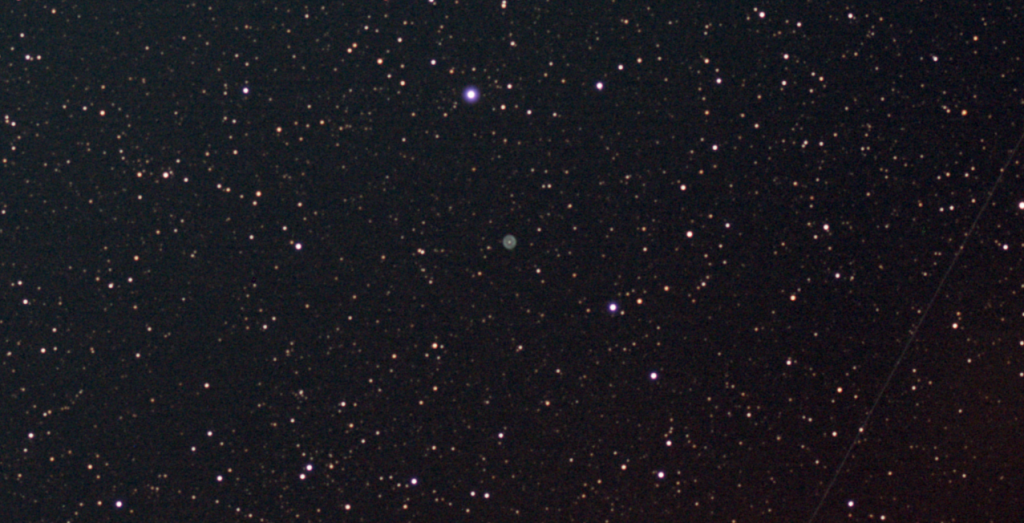 Another nice looking planetary. Small but I can resolve the center star.

IC 342, sometimes called the Hidden Galaxy, a spiral galaxy in the constellation Camelopardalis. This is a live stack of 60 x 30 second exposures at 121 gain, bin 2×2. 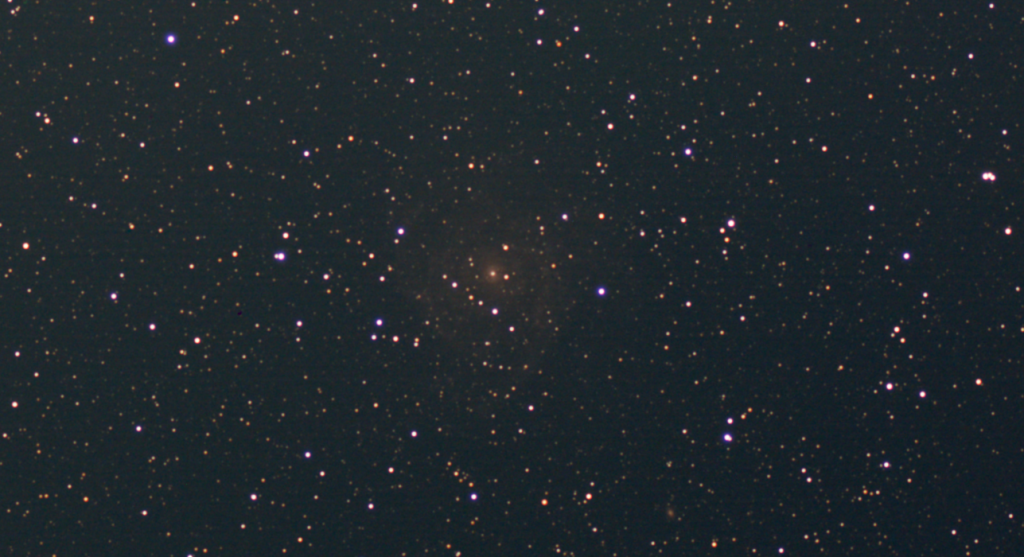 IC 342 is large, but faint. It is faint since it is behind a dusty area in the Milky Way’s equator. Going to play with this one some in Gimp to see what I can coax out of it. Just starting to resolve the spiral arms, if it had not been a school night I probably would have spent a little more time on IC 342 or maybe tried some longer guided exposures. This was my favorite from this session. 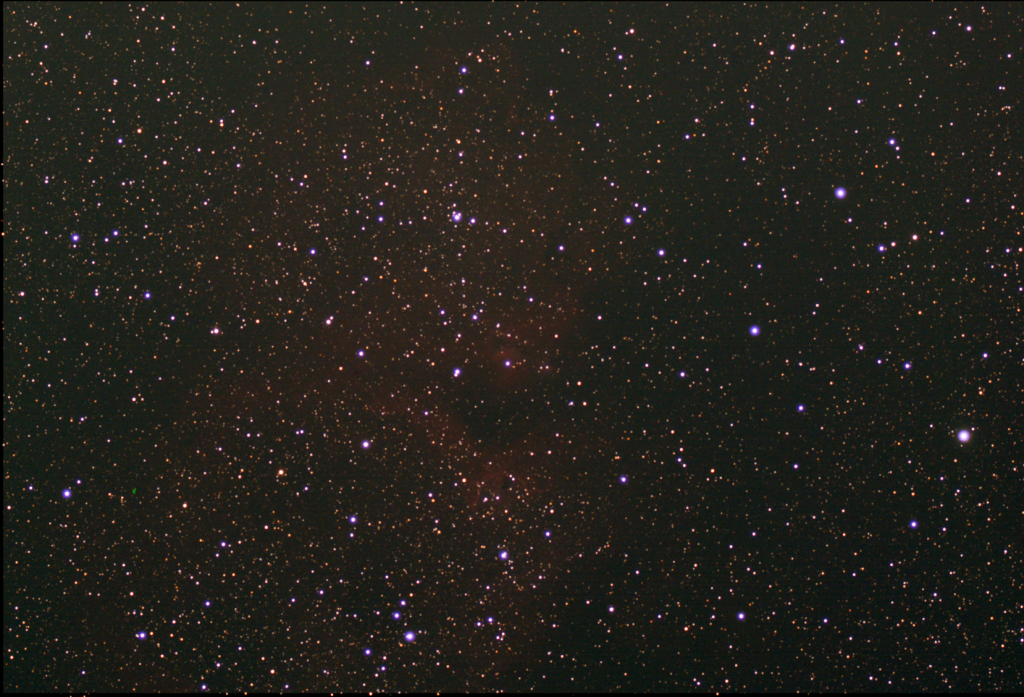 Very faint in the center. Not very much detail but I can see some of the dark regions in the nebula. This looked better on screen last night than the saved image does. Really need to invest in a dual narrowband filter. I can also see a problem with the way my flats are being applied, especially around the edge. I really need to shoot new flats next time I am out. 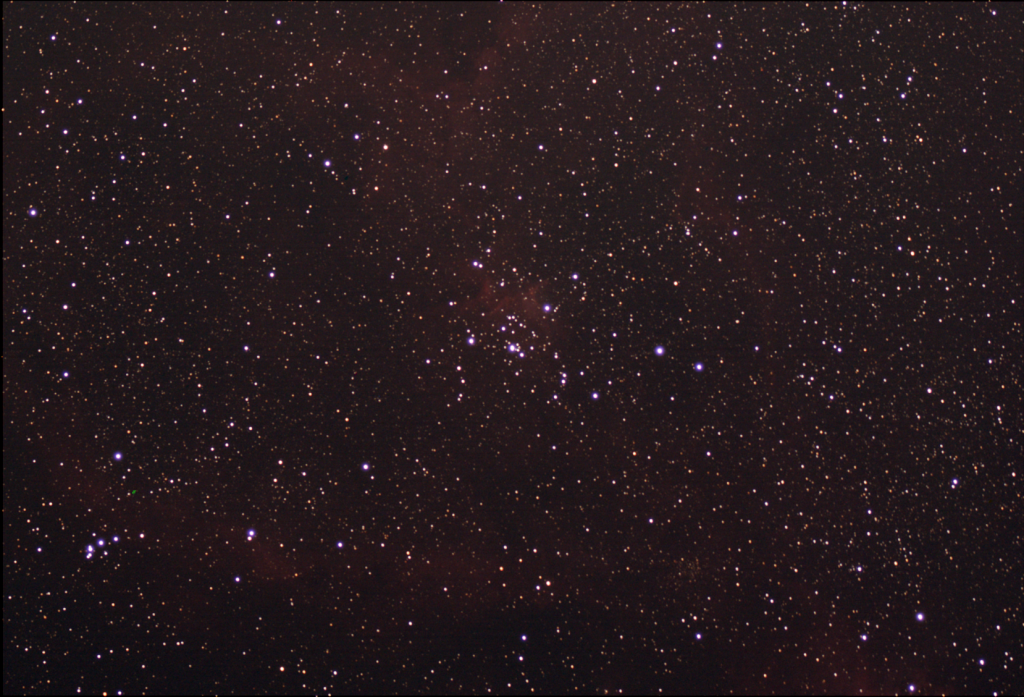 I could definitely see the heart shape of this emission nebula. Again it looked better on screen than this saved image. A challenging object that was really neat to see.

I packed things up at around 9:45 PM. I could have gone on observing for a couple more hours but it was a school night and I have a busy morning.