The ZWO Filter Drawer and the ZWO Duo-Band Narrowband Filter I ordered last week were delivered on Monday. Last night the forecast looked promising, so I decided to set up to give the drawer and filter a quick test on NGC 281 in Cassiopeia. It would have been more of a long test but the promising forecast quickly turned to a sky filled with clouds 🙁

I set up my gear and added the new ZWO filter drawer to the image train. I am going from the SVBONY 0.8 Focal Reducer to a 16.5 mm spacer, then to the filter drawer which is 21 mm, then the 11 mm spacer on the camera, and of course the 6.5 mm from the camera body to the sensor. This gives me the required 55 mm back focus (16.5mm + 21mm + 11mm + 6.5mm = 55mm) between the focal reducer and the camera sensor. This also places the filter in a position within the image train which ZWO says is optimal. 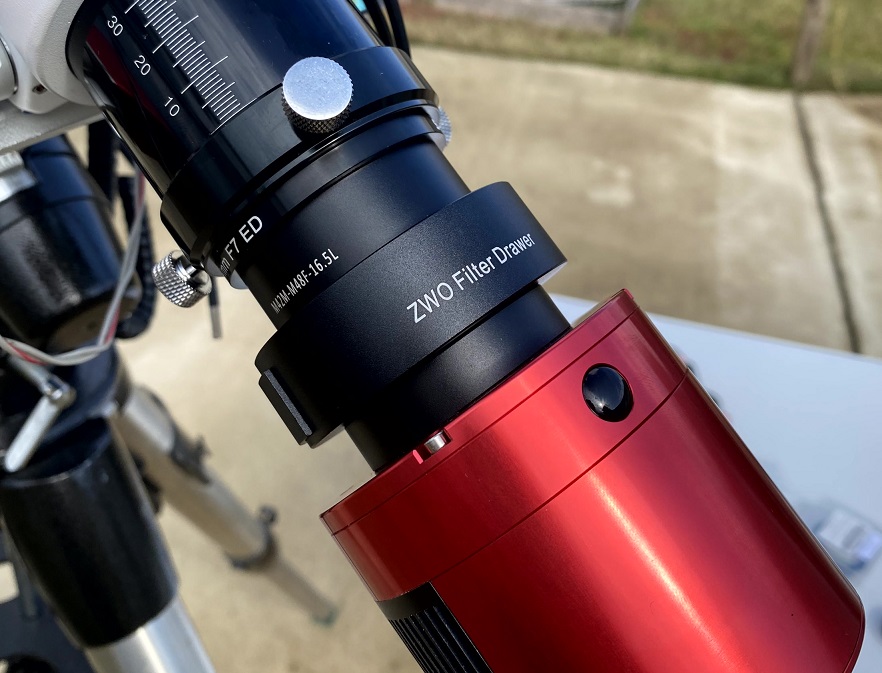 The filter drawer seems to be well built and the magnets which hold drawer are plenty strong enough to keep the drawer in-place. I did not see any evidence of light leaking around the drawer. I’ll get a bit of use out of the drawer but I already know I am going to be wanting an EFW so I can change filters without having to go out to the scope.

I did not make any adjustments to the polar alignment, since the mount has not moved I am still using the visual alignment from a few sessions ago. I ran the autofocus routine in the Ekos Focus Module and the EAF was able to quickly bring me into focus through the filter. My spacing was nearly perfect with the plate solving reporting the focal length of the SV503 102ED with the .8 FR at 569mm (F/5.6). I really need to shoot new darks and flats… but clouds were moving in so… I skipped them again. 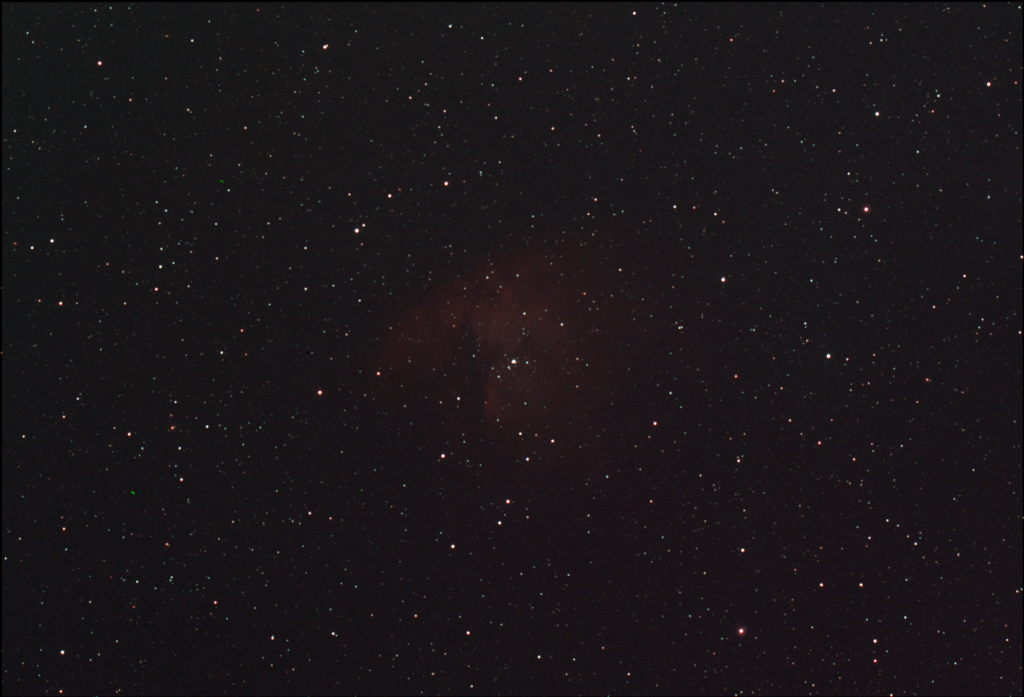 The ZWO Duo-Band filter does help bring out some details a bit earlier in the stack. There is a bit more contrast in the details of the nebula with the duo-band filter. There are less stars in the filtered image (white light from faint stars is being filtered out). I know I can do a lot better than this, but the clouds were really getting in the way.

For comparison here is a live stack of NGC 281 from back in mid-September without the duo-band filter. This live stack is 45 x 20 second exposures, 121 gain, Bin 2×2. 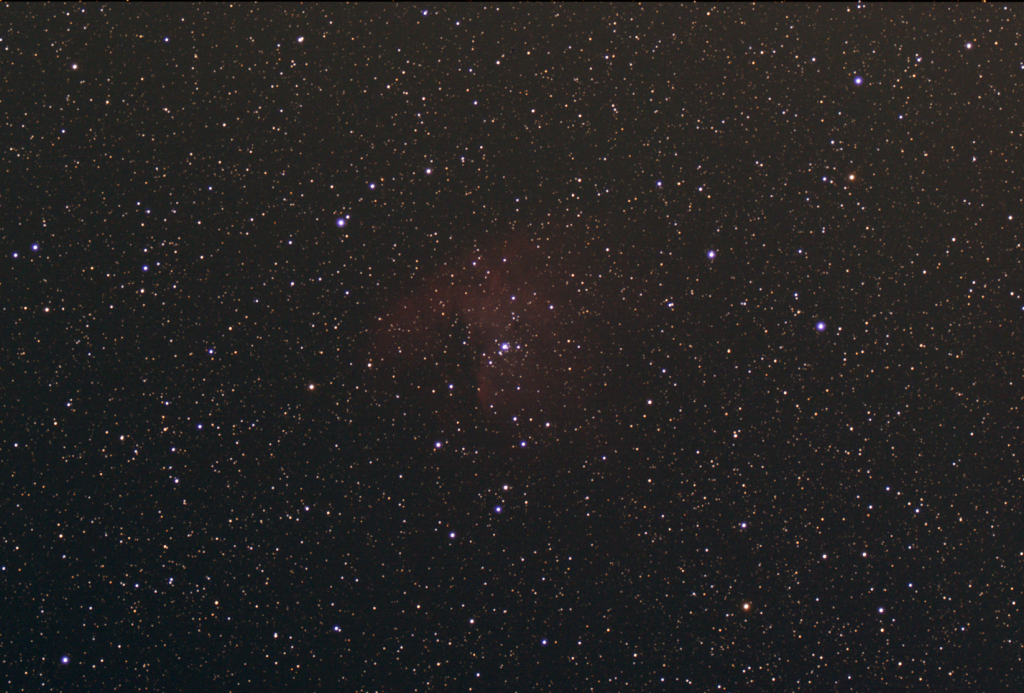 Unfortunately very early in the clouds moved in to cover most of the sky.

I did a bit of testing with my autoguiding set up as well, but had a lot of trouble with keeping the guide star due to the clouds. I do think I have things pretty close to worked out with my autoguiding setup so looking forward to working towards some longer ( > 1 minute ) exposure times. Maybe even venturing into the realm of astrophotography.

I got pretty frustrated observing through clouds so I covered the scope up before 9 PM.

Looks like we might have some clear skies later in the week. Hopefully I’ll be able to get a bit more time to get a better feel for what may be possible with this filter and my guiding set up.