The weather was much warmer last night and the skies were clear. Had a good look at the Crab Nebula (M1), Bode’s Galaxy (M81), the Cigar Galaxy (M82), Triangulum Galaxy (M33), and the reflection nebula M78. Same setup I have been using the past week or so now, my Stellervue 80mm scope for visual observing and I have the SV305 Camera attached to my AstroTech AT66ED. Both scopes are riding side-by-side on a Celestron CG5 GOTO Mount.

One thing I did last night was I spent a little more time dialing in my polar alignment. It’s still not perfect but it is much closer than it was which allowed me to do a little longer exposures than past nights.

The first target of the night was M1, the Crab Nebula, in the constellation of Taurus. This image is a live stack of 45 x 20 second exposures. 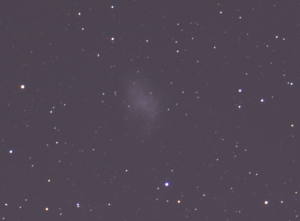 M81, Bode’s Galaxy, and M82, the Cigar Galaxy, in the constellation Ursa Major. This image is a live stack of 77 x 8 second exposures. 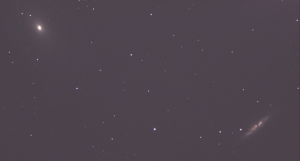 Took some doing to get them both in the SV305 Camera field of view but it was worth it. I can just see a dust lane in M81. M82 looks really nice. 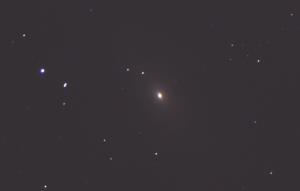 Again I can just make out a dust lane to the left of the bright center. 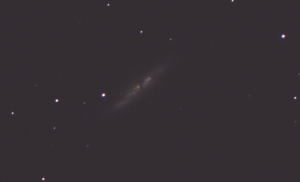 Some really nice detail in this one.

Then a bit more of M33, the Triangulum Galaxy, in the constellation Triangulum. This image is a live stack of 60 x 15 second exposures. 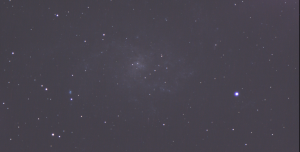 Ended the night with a look at M78, a reflection nebula, in the constellation Orion. This image is a live stack of 40 x 15 second exposures. 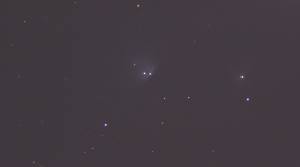 I have not figured out the exposure to gain ratio for nebula. I can adjust the gain really high to see more of the clouds but it washes out other details. Still learning, but if anyone has any tips feel free to leave them in the comments.

Another nice night for EAA. A bit warmer than the last few nights, it still got kind of chilly but not freezing. A very nice night considering it is the end of December. Keep looking up…