I picked up a new camera, the ZWO ASI294MC Pro, and these are the first EAA captures using it. The ZWO ASI294MC Pro is much (way much) more sensitive camera than the SVBONY SV305, and it should be since it cost considerable more. The 294’s chip is also a lot larger and the FOV is amazing. It was a cool night and the clouds moved in early, but I was able to do a little bit of EAA observing to try out the new camera on a couple of galaxies, the Orion Nebula, and an open cluster.

I used the AT66ED tonight cause I did not want to fuss with Focal Reducers and just wanted to do some observing with the new camera. Keeping it simple. I balanced things as best I could, the ASI294MC (14.5 oz) is about 3 times heavier than the SV305 (4.4 oz), so my DEC axis was a little off balance. I am probably going to need to put a little weight up toward the front of the scope or get a longer dovetail to move the scope a bit more forward on the mount to get better balance on the DEC axis. 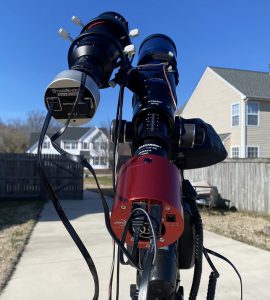 I did a visual polar alignment with the polar scope. No issues with getting focus. I spaced the ZWO the same as I did the SV305 and it required less back focus than the SV305.

All these EAA images were capture with my ZWO ASI294MC Pro through my Astro-Tech AT66ED and live stacked using SharpCap Pro. The mount and cameras are remotely controlled with KStars/Ekos/INDI running on an Astroberry Raspberry Pi. The images have been resized and cropped for size but otherwise appear just as I observed them. 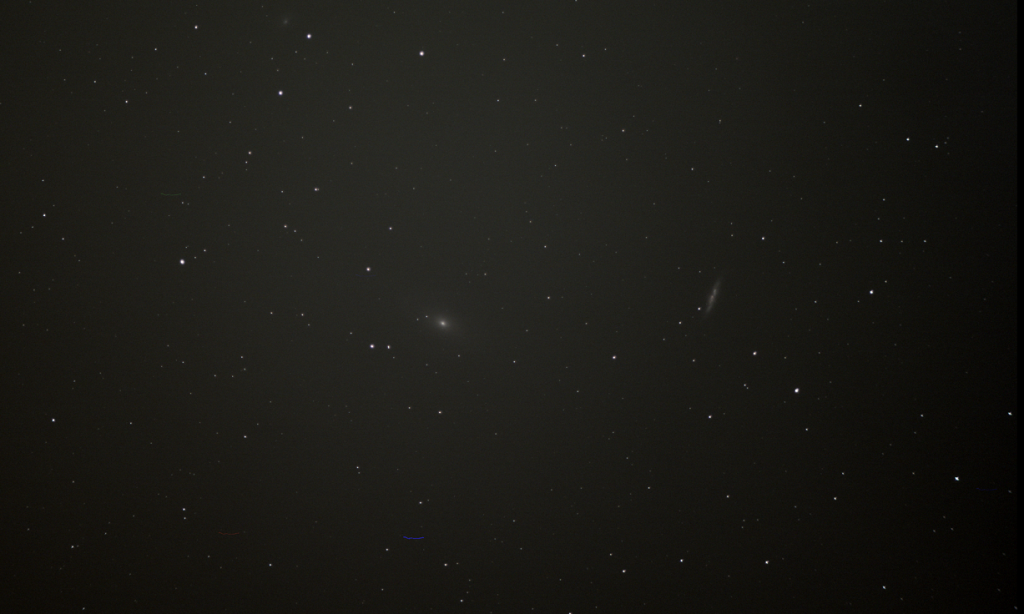 I can just get both of them in the frame with the SV305, the FOV on the ASI294 is much larger and captures both of them easily. One of the reason I chose the ZWO ASI294MC was for the FOV. 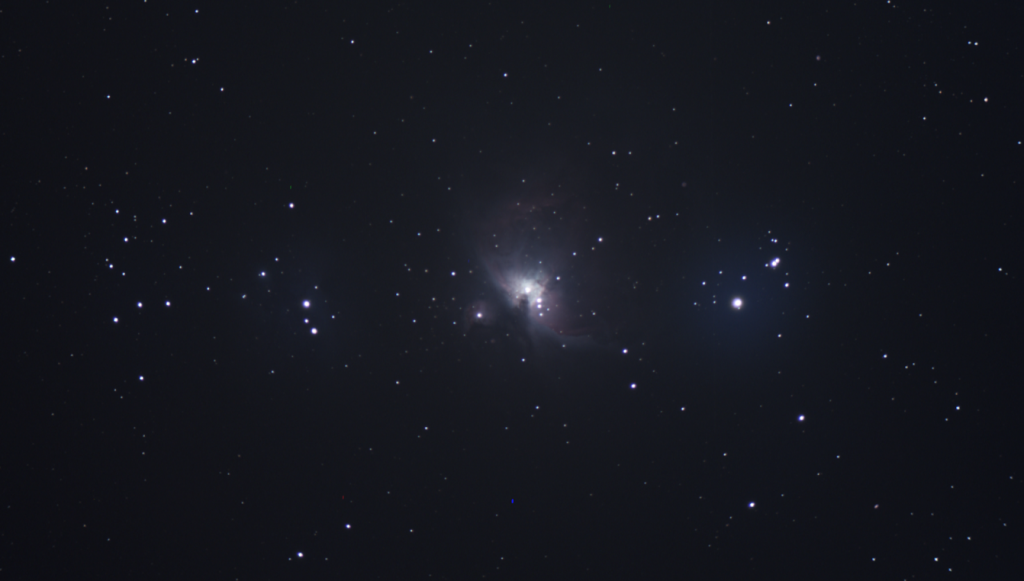 This is not a mosaic or stitched.. that is the FOV of the ZWO ASI294MC Pro camera through the AT66ED. 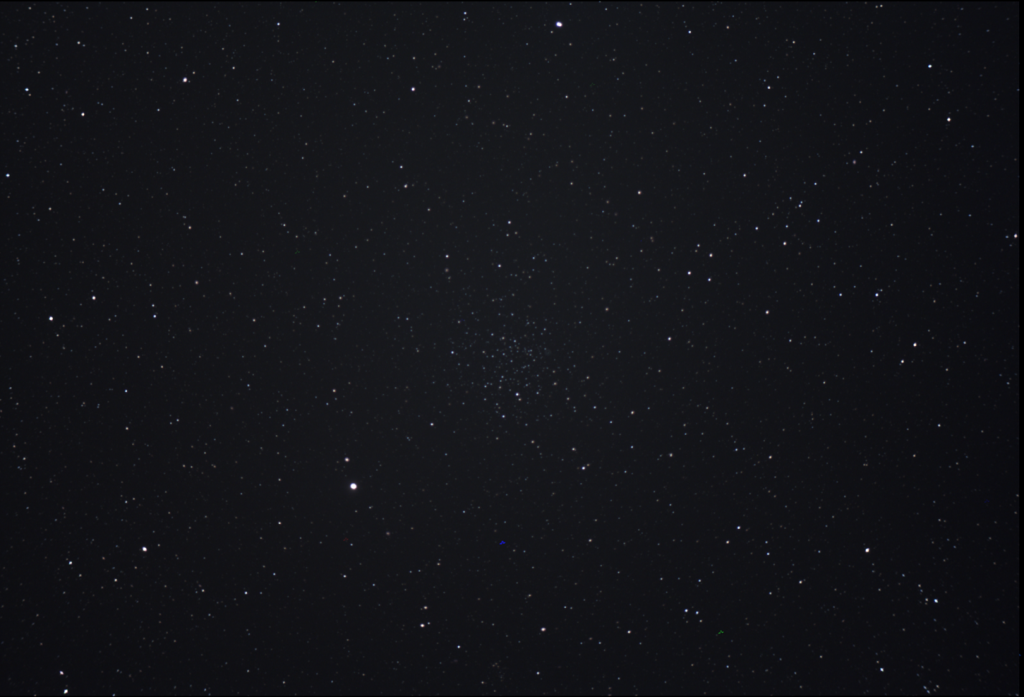 The 11MP images from the ASI294MC are considerable larger than the 2MP images from the SV305 so download times were a bit longer over my wireless network. Images took 3-5 seconds to download as opposed to less than 1 second. This was expected and tolerable.

I tried a couple other targets but the clouds were getting in the way.

There were a lot of thin clouds and I was pretty much clouded out at around 8:30, so at 8:40 PM I packed things up and covered the scope. A short night, but a good night. Had fun trying out the new ZWO ASI294MC Pro camera and I am looking forward to testing it out in the 6″ SCT.

Next session I’ll make sure to shoot some darks and hopefully the skies will be clearer.