Clear and cold last night. Temperatures in the upper 20s. I uncovered the telescopes and set things up before dark. I started observing just after dark, about 6:30 PM. Good observing session, captured a few more open clusters, a galaxy, and tried a couple of other targets. Packed things in just after 9 PM since it was a school night.

These captures were all taken through my AT66ED using the SVBONY SV305 Camera live stacked using SharpCap Pro.

M38 Open Cluster in the constellation of Auriga. Live stack of 30 x 20 second exposures with 350 gain.

M39 Open Cluster in the constellation of Cygnus. Live stack of 30 x 20 second exposures with 350 gain. 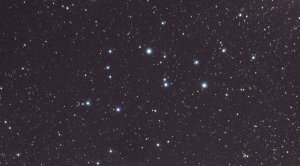 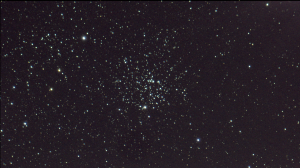 M110 a dwarf elliptical galaxy that is a satellite of the Andromeda Galaxy. Live stack of 30 x 30 second exposures with 350 gain. 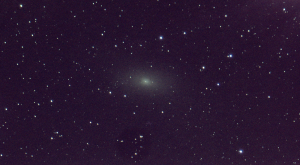 M43 De Mairan’s Nebula in Orion. Captured some pretty interesting details in the dark clouds of the nebula. Live stack of 30 x 10 second exposures with 350 gain. 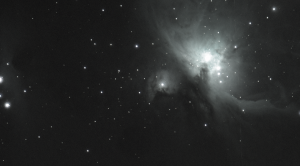 Now for a few things which did not work, at least not as well as I had hoped…

First I tried to capture M77, but there was some light glow which was overtaking the image. Not sure if it was a neighbors flood lights or if it was some reflection from the Moon. I had nice framing of M77 and NGC 1055 I was just not able to get a good capture due to the glow where ever it was coming from. This was pretty disappointing, as I really did have a nice framing of M77 and NGC1055. Will definitely be back to try these again another night. 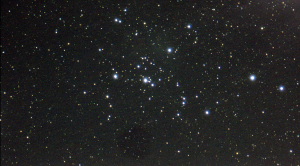 Nice stars but the nebula just did not resolve. I expect this may be beyond the capabilities of the camera and scope. The apparent magnitude of the Heart Nebula is around 18, that is pretty dim. I may try again on another night when I have more time, but not expecting miracles.

Now on to the Horsehead Nebula in Orion. I have captured this one before with different gear. It is a difficult target. I live stacked 25 x 45 second exposures and you can just start to see the horse head just left of center. 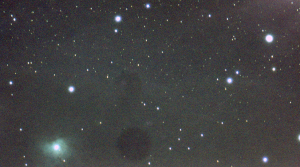 That round shadow just under the horsehead, I am pretty sure that is a speck of dust either on the scope glass or the camera. I need to get that taken care of in the day light. I’ll be back with the dust speck gone to do some more longer, guided, exposures.

Had a great time observing. Added 5 more objects to my Messier Log. Enjoy!